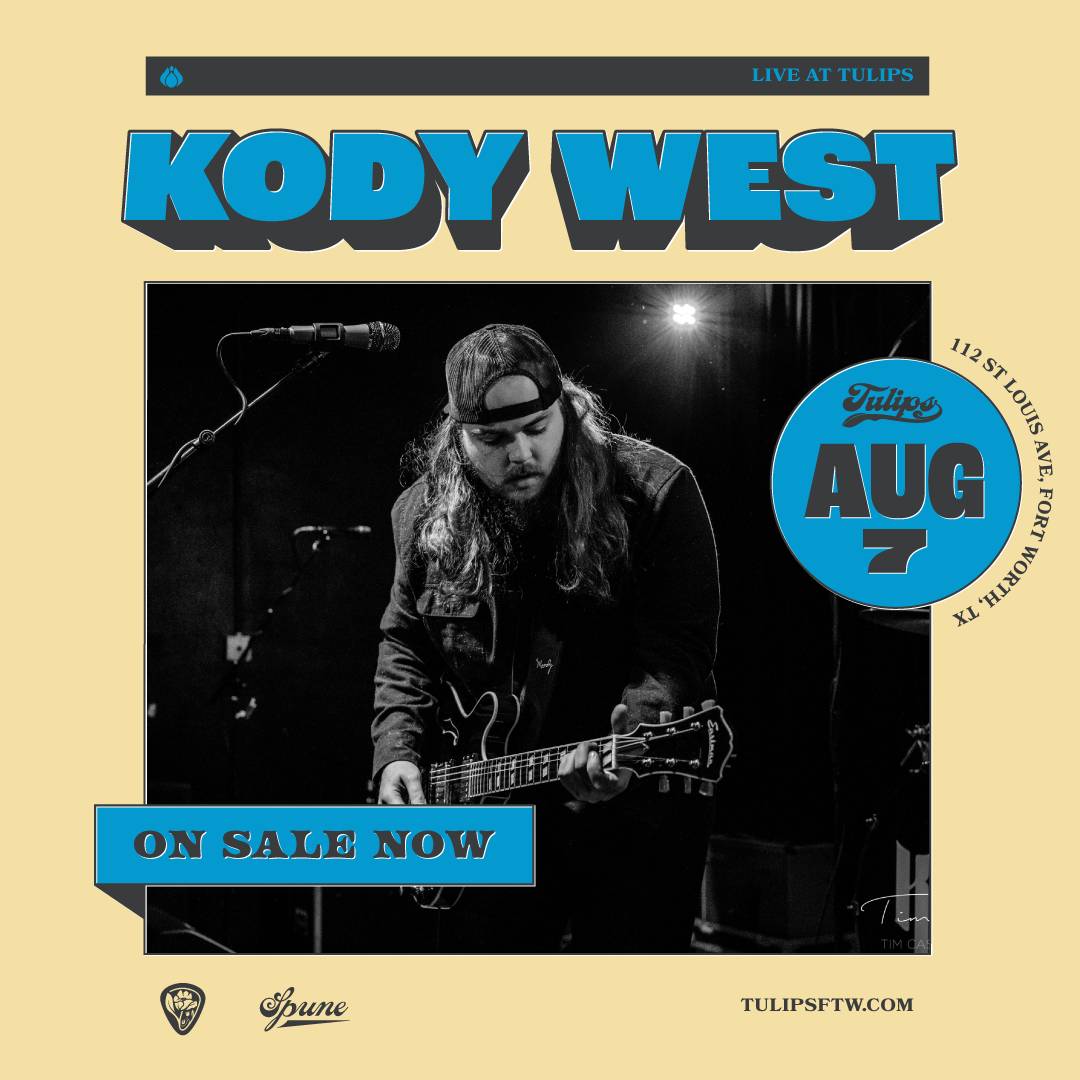 Just one year after his first EP “Higher Ground” Kody and the band released their debut album “Green” in April of 2017 and found themselves quickly gaining a large following of loyal fans. In the past 3 years he and his band have traveled across the country headlining shows, as well as serving as the supporting act for artist like Charlie Robison, Whiskey Myers , and Koe Wetzel. They have now released their sophomore record “Overgrown” that was recorded in Kody’s hometown of Denton, Texas. Kody’s drive for Touring and live shows keep wheels always turning and the band always working. Try to keep up!