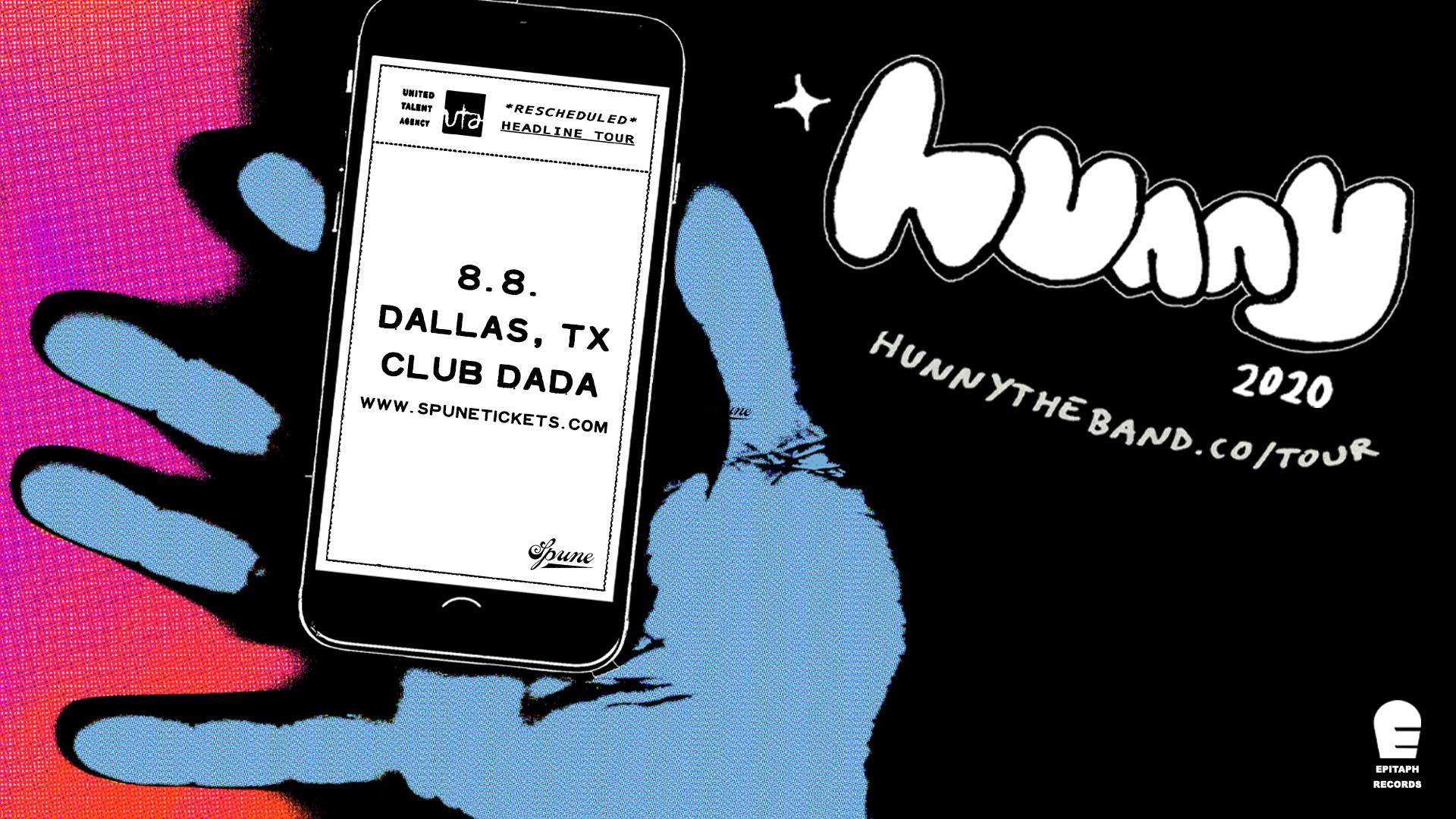 HUNNYS APRIL 6TH SHOW HAS BEEN RESCHEDULED FOR AUGUST 8TH. ALL TICKETS FOR APRIL 6TH WILL BE HONORED FOR THE RESCHEDULED DATE. TICKETS WILL BE REISSUED AT POINT OF PURCHASE.

Produced by Grammy Award-winner Carlos de la Garza (Cherry Glazerr, Culture Abuse, Paramore), Yes. Yes. Yes. Yes. Yes. came to life in November 2018 during the Woolsey Fire and Camp Fire that devastated 96,949 acres of land in Southern California. At one point, while members Jason Yarger (vocals), Jake Goldstein (guitar), and Joey Anderson (drums) were inside Kevin Grimmett’s (bass, keyboards) home demoing and writing, firefighters were in the backyard stopping the wildfire from encroaching onto the property. “They blocked off all the streets and we had to sneak into my place through this apartment structure,” Grimmet recalls. “Thankfully my house is still standing and the hills are a bright green.”

Inspired by their love for ‘80s new wave and ‘90s pop, Yes. Yes. Yes. Yes. Yes. is an endless back-and-forth between heavy-hearted lyrics and bright-and-shiny melodies, lovesick confession, and addictively dancey rhythms. With the album centered on a narrative Yarger sums up as “I love you and I want to die,” HUNNY wrote most of the songs on acoustic guitar, deliberately channeling a raw vulnerability into every line.

Yes. Yes. Yes. Yes. Yes. embodies the wildly frenetic energy of HUNNY’s live show. As Grimmett explains, the band introduced that element with their ever-communal live show in mind. “We really love the emotive aspect of playing a show. For this record, we really took the time to think about what we were going to give them to sing, and made sure that it’s something with real feeling and meaning to it.”