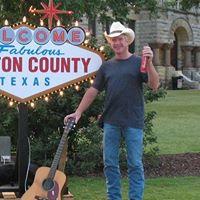 A carpenter by trade, music has always been a form of release and celebration for Brian. Usually every performance has been preceded by a forty-hour work week and singing from a working man¹s perspective fits his core belief that country music should be a true reflection of common people and their simple lives. In 1998, Brian Houser released his first CD, the critically acclaimed "Never Look Back." It was produced at the demand of his loyal followers in his hometown of Denton, Texas and documents his emotions of a failed 10- year marriage. The attention garnished by this work led to performances with Jerry Jeff Walker, Robert Keen and, most notably Brian's musical hero, Willie Nelson.