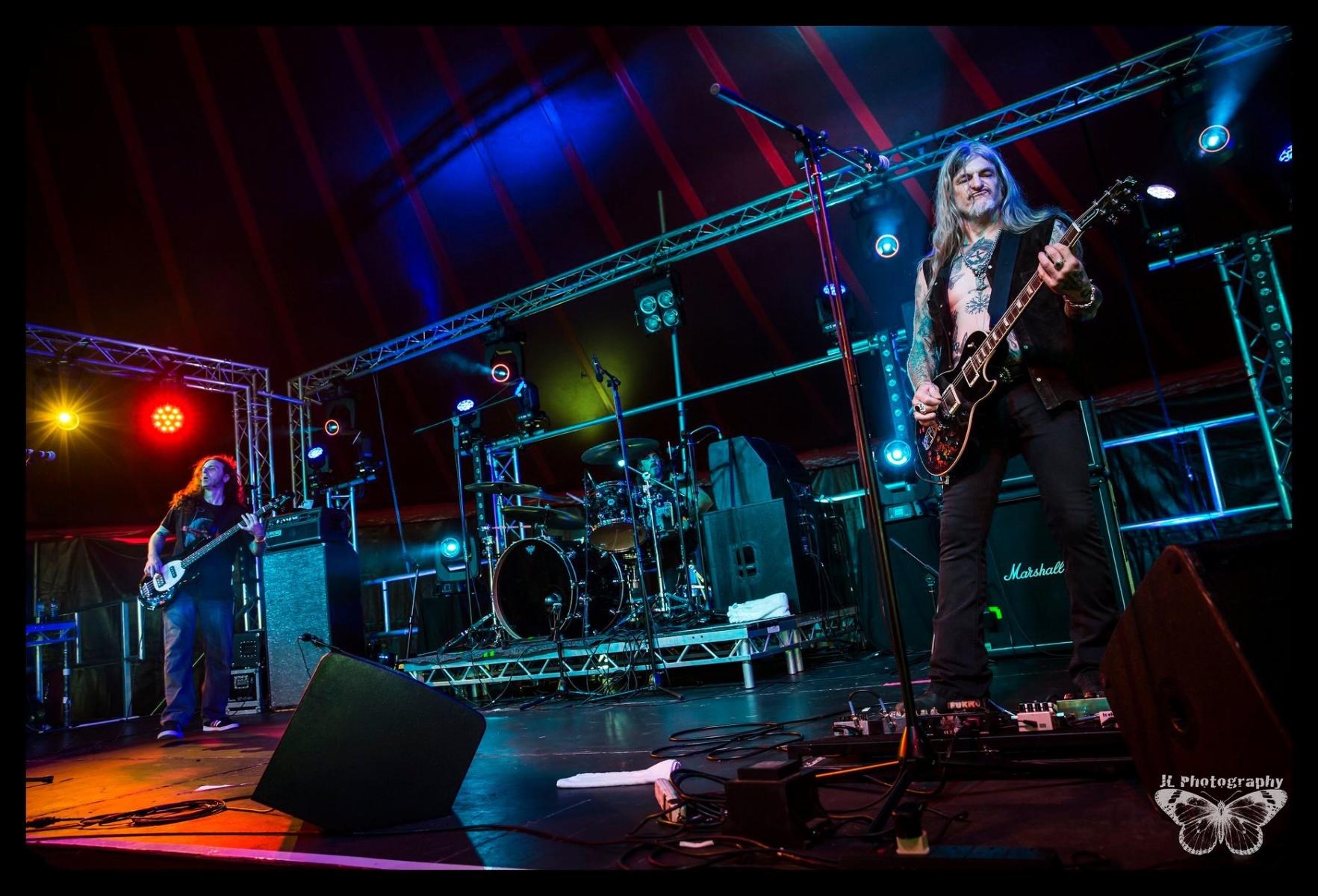 The Obsessed w/ Heavy Temple | Club Dada
THE OBSESSED was formed in the late 1970’s in Potomac, Maryland by legendary guitarist Scott “Wino” Wenrich (Saint Vitus/Spirit Caravan). The band spawned in the realm of musicians/artists such as Black Sabbath, Frank Zappa, The Dictators and The Stooges. The earliest lineup consisted of Wino, Mark Laue (Bass), John Reese (Guitars) and Dave Flood (Drums). In 1983, Wino took over vocals duties and the band became a 3-piece to record the Sodden Jackal EP.

The band broke up in the late 80s after Wino moved to California to join Saint Vitus. At that time, a German label, Hellhound Records, and the booking agency that had signed Saint Vitus, released The Obsessed, originally recorded in 1985, prompting Wino to reform THE OBSESSED. After multiple lineup changes the band signed to Columbia Records in 1994 to release their third and final album, The Church Within. Despite highly acclaimed reviews, THE OBSESSED would breakup once again following the release, seeing Wino forming Spirit Caravan (Then Shine) and other projects.

In September 2011, THE OBSESSED returned to the stage at Roadburn Festival with The Church Within legendary lineup (featuring Wino, Greg Rogers and Guy Pinhas). The band played a few more reunion shows over the next couple years at Hellfest Open Air 2012 and Maryland Deathfest XI in May 2013 with Reid Raley (Bass).

Wino announced the full-time return of THE OBSESSED in March 2016 and the band’s official signing to Relapse Records to record the follow up to The Church Within. The new lineup originally consisted of Spirit Caravan bassist Dave Sherman and Wino’s longtime friend and former road crew member Brian Costantino (Drums). On October 31, 2016, Wino announced that The Obsessed will test the waters for the remainder of 2016 by adding Bruce Falkinburg on Bass and Seraphim on Guitar, making this the first time in over 35 years that the Obsessed have been a four piece band.

Now in 2017, THE OBSESSED will unleash Sacred, the band’s first studio album in in over 20 years. With renewed energy and purpose, THE OBSESSED sounds heavier and more relevant than ever before. On Sacred, the band doubles down on enormous, heaving riffs and pummeling low-end across 12 tracks of eternal doom. Rounded out by Wino’s lyrical honesty and iconic throaty vocals, Sacred is an album that further pushes THE OBSESSED into the annals of heavy metal history, well worth the two-plus decade wait. The band will perform once again as three piece featuring Wino, Reid Raley and Brian Costantino.
All Ages