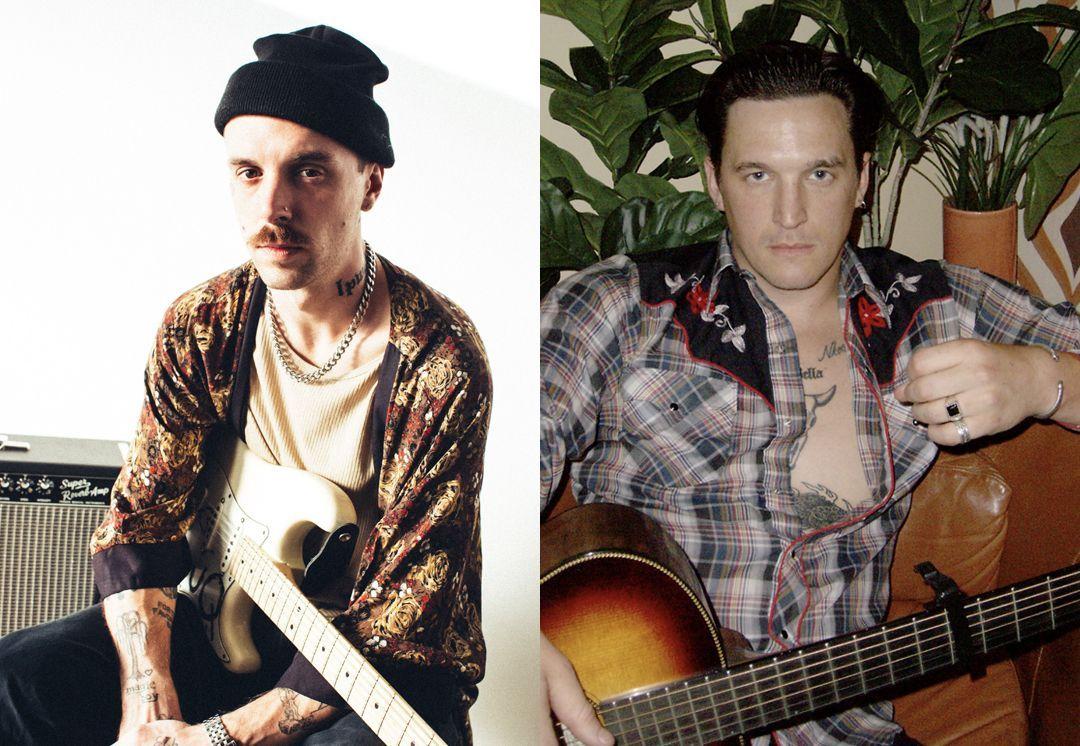 “Baptized in the sound” is how Tennessee-native Jake Quillin describes his approach to making music. As a Southern Soul R&B artist, he infuses a sense of melancholy and joy into every note he sings and squeezes from his guitar. Finding inspiration in the likes of  Jimi Hendrix, Quillin exploded onto the East Tennessee music scene with his take on electric blues in his self-released Psychedelic Soul EP. He spent the following period rediscovering his roots as a songwriter and independently dropped the album titled “Stormy Weather” —reminiscent of early Sam Cooke.

With greats like Anthony Hamilton and the late Mac Miller also in his roster of influences, Quillin sought new horizons to help pull out more of this inspiration to shine through his music. This led to his connection with Dallas producer/songwriter, Electrophunck AKA Jason Burt (Leon Bridges, John Mayer, Paul Cauthen, RC & The Gritz, David Ramirez and The Band Perry). In 2019, Quillin flew to Dallas for a recording session with Burt at Modern Electric Sound Recorders which solidified his decision to leave Tennessee for Texas later that year.

After settling in with the Dallas music community, he earned media buzz and radio play by blending his roots with modern influences in the release of his latest singles —being dubbed as “New Texas R&B” by the Dallas Observer. Quillin can currently be seen playing regularly across Texas with more touring and music to come this year including his forthcoming full-length album “Texas Medicine” —expected to drop late 2022.

Liam’s song forefathers (Stripped Back) hit #4 on Apple Music’s Top Blues Charts in the legendary company of Etta James, Chuck Berry, B.B King, and Howlin Wolf. This was followed up by his singles “to the last penny (stripped back) which reached #5, Dipped In Bleach (#9), and Eastham Prison Farm Blues (#8). This was Liam’s first time having 4 songs in the top ten simultaneously.

Liam wowed Gwen Stefani and Blake Shelton on season 19 of NBC’s The Voice with his bluesy rendition of “Sex and Candy”. Shelton was impressed by Liam’s versatility in the pocket, his falsetto, and his uninhibited soulful screams. The country star said Liam deserved an opportunity to advance in the competition. Ultimately, St. John chose the decorated icon, Gwen Stafani, who described his voice as “incredible” and “rich.”
Liam followed up his successful stint on the hit tv show “The Voice” with a volcanic single ‘OZARK‘, in which he combines his ravishing vocal performance with modern blues sound mixed with alternative rock explosions. OZARK reached #52 on Spotify’s global blues charts and has remained in the top 200 for 36 consecutive weeks. OZARK was also featured on ESPN in the Lomachenko documentary.

Before his big break on The Voice, Liam St. John hustled in the trenches of the music industry for years, playing at open mics, and empty dive bars, and making nothing except the occasional well-whiskey. St. John and his band finally broke through with an opportunity to open for the British soul-rock sensation, Jacob Banks. They have since toured up and down the west coast, and across the southern states of America from Los Angeles, CA to Miami, FL.

Liam St. John backs his powerhouse vocals with the swagger and passion of a gritty blues singer.
His voice is described as smoky, rugged, and classic by the popular music blog, Indie Shuffle, which also declares, “the singer’s bluesy, raspy vocals are always commanding.”  Soul-pop star Meghan Trainor doubles down on Gwen Stefani’s comments, saying that Liam is “incredible,” and she is perplexed why he isn’t singing at the Grammys already.
A natural performer through and through, St. John is unafraid to let loose and is known best for his vibrant stage presence and captivating energy. Liam’s coach, Gwen Stefani defines him as “charismatic,” and commented on how much she loves his spirit and energy. Kelly Clarkson praises Liam’s stage presence saying, “you are so intense”.

Liam credits his foundation for singing to the legends he grew up listening to. From Ray Charles to Etta James, Sam Cooke, Louis Armstrong, and Tracy Chapman, the raw, gritty, blues-infused soul always surfaces in Liam’s songs and performances. Liam has a handful of singles out that explore his diverse love for the blues, rock and roll, and hip hop.

Liam’s song “NOT A GOOD MAN WALKING” debuted as the highest new entry (#42) on the Global Blues Charts for Spotify and is currently featured on two Spotify Editorial playlists, including Nu-Blue.
Event by
The Kessler
Calendar
Website
Facebook
Twitter