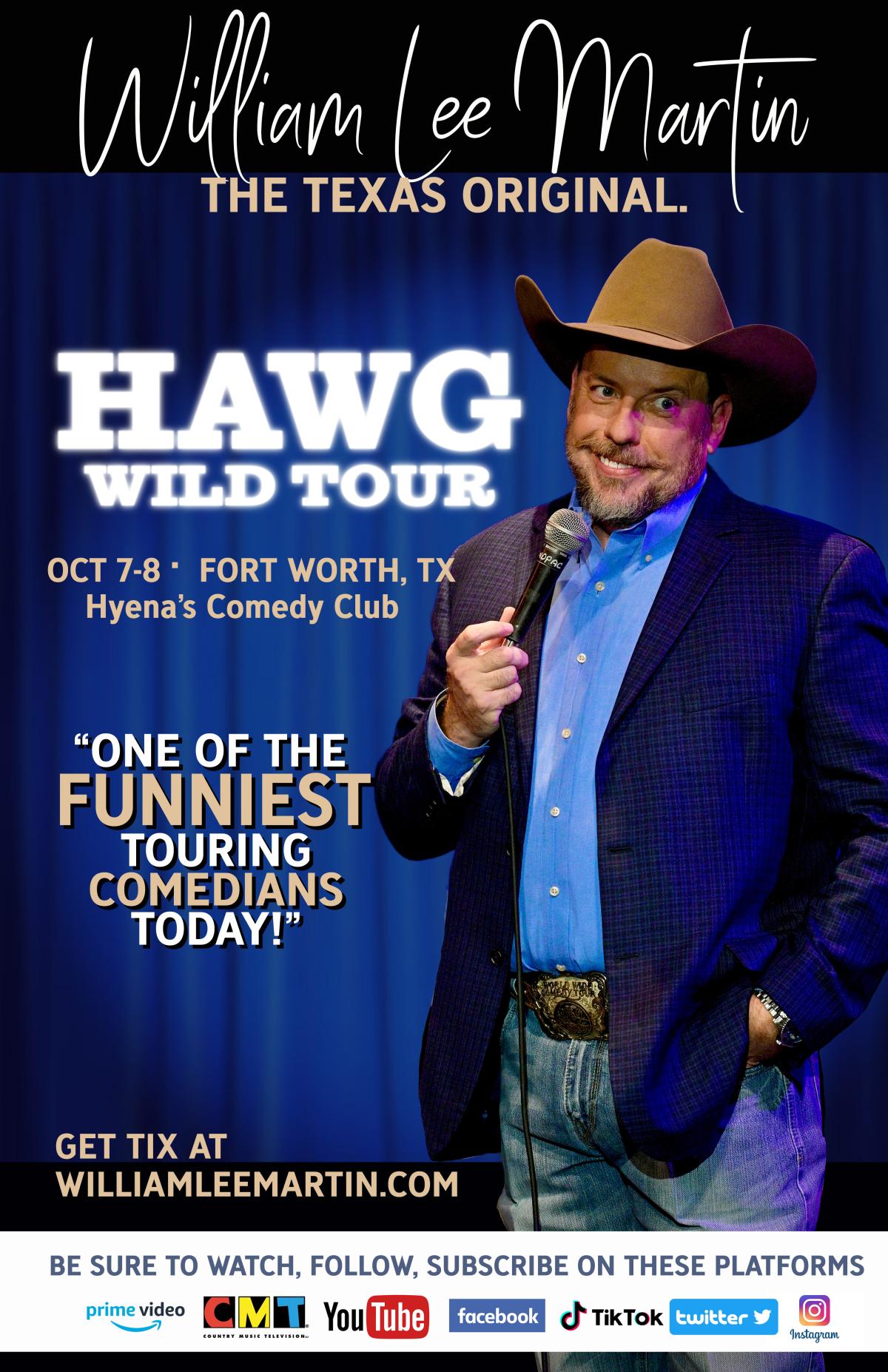 William Lee Martin is a prolific stand-up comedian. Sporting a cowboy hat, creased blue jeans, a shiny belt buckle, and a confident strut, he is a presence. He commands the stage, telling stories like a goofy friend who just wants to make you laugh after a long day. He works relatively clean and disarmingly clever. He’s sharp without relying on vulgarity.

He resonates with people because he looks, talks, and acts like a huge demographic of this country without having an agenda, being negative, or complaining about things. Martin incorporates his audience into shows, playfully staring them down for their reaction—whether the joke flies over their heads or hits close to home.

His work sees him playing to sell out audiences at clubs and theaters around the country. He has produced 3 comedy one-hour specials including “Let the Laughter Roll” which aired on CMT, and his both of his current hits, “Standing in the Middle” and “The Nutcracker: a Christmas Special based on his Vasectomy” can be streamed on Amazon Prime and Apple TV.  Although he has been touring since 1996, during the pandemic, he exploded on social media. Although he no longer tours under the moniker, family and friends still affectionately call him by his nickname, "Cowboy Bill."