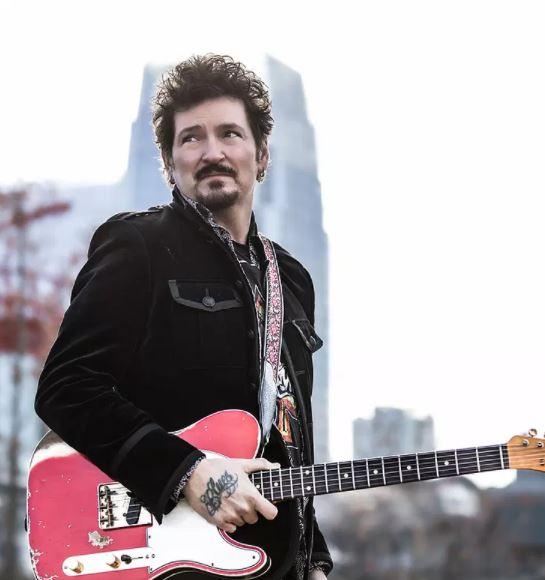 Mike Zito is one of the most lauded artists in the contemporary blues arena today and rightfully so, but for him, the thing that counts the most is maintaining his honesty, authenticity and integrity. Those are the qualities that have steered Zito’s career since the beginning and continue to define every effort he’s offered since.

“I have nothing to hide; it seems my honesty is what people relate to most,” he once told Vintage Guitar magazine. “Anders (Osborne) told me early on, ‘If you don’t believe what you’re singing, you’ll never be a good singer.’ I try not to write fluff; I try to make every word count.”​

Naturally, patience and perseverance have been Zito’s stock and trade since the beginning. He began playing guitar at the age of five, and by the time he reached his late teens, he was already a fixture on the local St. Louis music scene. He initially released his music independently and then signed with Eclecto Groove Records in 2008. “Pearl River,” the title track of his 2009 album for the label, won Song of the Year at the Blues Music Awards and marked his first collaboration with Cyril Neville, with whom he’d later work in the Royal Southern Brotherhood. A steady succession of critically acclaimed albums followed, culminating in 2011’s Greyhound, which was nominated for Best Rock Blues Album at that year’s Blue Music Awards ceremony in Memphis. Two years later, he signed with Ruf Records and released Gone to Texas, the story of how he gained his sobriety, offered an emotional homage to the state that left an indelible imprint on his entire life. It also marked the debut of his band, The Wheel.​

From 2010 to 2014, Zito also played an integral role in the super group of sorts, Royal Southern Brotherhood. The group released two albums and a DVD, Songs from the Road – Live in Germany, winner of the year’s Blues Music Award for Best DVD. He also made his mark behind the boards by producing albums for Samantha Fish, Albert Castiglia, Ally Venable, Jeremiah Johnson, Jimmy Carpenter, and many others.​

Meanwhile, the accolades kept coming. His album, Make Blues Not War, debuted on the Billboard Blues Album Chart at number one and garnered him recognition as the 2018 Rock Blues Artist of the Year at the Blues Music Awards. First Class Life followed suit, also entering the charts at number one. Alternate Root magazine insisted that “The First Class Life that Mike Zito titles his upcoming album can be heard in the sweet sound of Blue Soul rising like heat waves from his guitar and his vocal.” American Blues Scene said, “Mike Zito’s return to the blues is, in a word, triumphant!” No Depression declared, “Once again, Zito has delivered the goods, a first class package with no postage due.”​

Mike Zito’s last CD, Quarantine Blues, was recorded during the heart of the coronavirus pandemic and served as a healing love letter to his fans around the world that heralded better days ahead if we’d all just stick together.  His album prior to that was a tribute to fellow St. Louis native and rock ‘n’ roll legend, Chuck Berry, and featured an array of guest guitarists ranging from Joe Bonamassa, Walter Trout and Eric Gales, to Robben Ford, Luther Dickinson and Sonny Landreth, as well as Berry’s own grandson.

Mike Morgan And The Crawl

As his prowess on the guitar developed, it became clear that he was not merely a Stevie knock-off, but rather an original player with a sound and style all his own. Mike moved to Dallas in 1986 and soon hooked up with experienced vocalist Darrell Nulisch (formerly with Anson Funderburgh and the Rockets) to form The Crawl (named after an old jukebox hit by guitar great, Lonnie Brooks). Darrell had a tremendous knowledge of blues and a deep collection of blues records, and he exposed Morgan to the music of the Chicago blues scene and many of its key players.

Mike Morgan and The Crawl found a national audience with the release of their debut recording, Raw & Ready, in 1990. Backed up by extensive national and international touring, Mike Morgan and The Crawl continued to amaze their fans throughout the 1990s by releasing five highly regarded albums, Mighty Fine Dancin, Full Moon Over Dallas, Ain't Worried No More, Looky Here!, The Road, and I Like The Way You Work It. Morgan even kept a high profile during some downtime away from the band in 1994 by recording Let The Dogs Run, a highly acclaimed record that paired him with fellow Dallas guitarist Jim Suhler.

New Years' Eve 1999 saw an end to the Morgan /McBee era of Mike Morgan and the Crawl. As Lee ventured out to do his own band back in his home state of Kansas, Morgan decided it was high time he took over as front man. After years of great frontmen such as Lee McBee, Darrell Nulisch, Chris Whynaught, and Keith Dunn, Mike was ready to take on the new challenge.

In 2000, Texas Man, Mike's first vocal outing was released on Severn Records. Texas Man met rave reviews and was followed up in 2004 by Live in Dallas.  Stronger Every Day was released by Seven Records in 2007 and had guest appearances by Lee McBee and Randy McAllister.

Mike did not tour much after 2006. While he still played local gigs and a few scattered tour appearances, he spent most of his time with his other love, motorcycles.  As the sales manager of a Mesquite, TX-based motorcycle dealership, he was not able to tour often, but always found time to play and jam around DFW.

"Basically I didn't write any new songs between 2007 and 2018," says Morgan.  "I just quit writing and I got into that work slump.  I came home from work, turned on the TV, had dinner, maybe a drink, and went to bed.  The difference was I got to sleep in my own bed every night and I got paid every day I worked.  I didn't have to cold call bars in far-flung places, no booking hotel rooms, and no rushing around the country trying to get to gigs on time.  In comparison, a regular day job was almost a vacation."

When that shop closed, Mike once again felt the draw of the music business.  He landed a new job at another motorcycle shop but he now hopes to get out and tour again.

"When the motorcycle shop shut down, I made myself start writing again," says Morgan.  "Once I got going I came up with a bunch of ideas for songs.  I do plan on touring if it makes sense financially," says Morgan.  "I want to tour.  I want to play.  The last time we went out was a midwest tour with 12 or 13 nights in a row back in 2019.  We made money on that tour, but it's very hard to get that many dates together anymore.  And that was before Covid.  People think you're just partying out on the road but it's supposed to be WORK.  If I have to sit around a hotel room for days between gigs I'd rather be at the motorcycle shop, making money every day, and sleeping in my own bed."

In addition to his own band, Mike has been working with some of his old friends, Anson Funderburgh and Shawn Pittman, as The Texas Blues Guitar Summit.  Fresh off an incredible European tour in 2022 and just signed to M.C. Records finds Mike is reinvigorated and feeling the call of music once again.  His new CD on M.C. Records is expected out in September 2022.  With his years of experience, knowledge, skills, and talent, we can look forward to a lot of great new music from Mike Morgan and the Crawl.