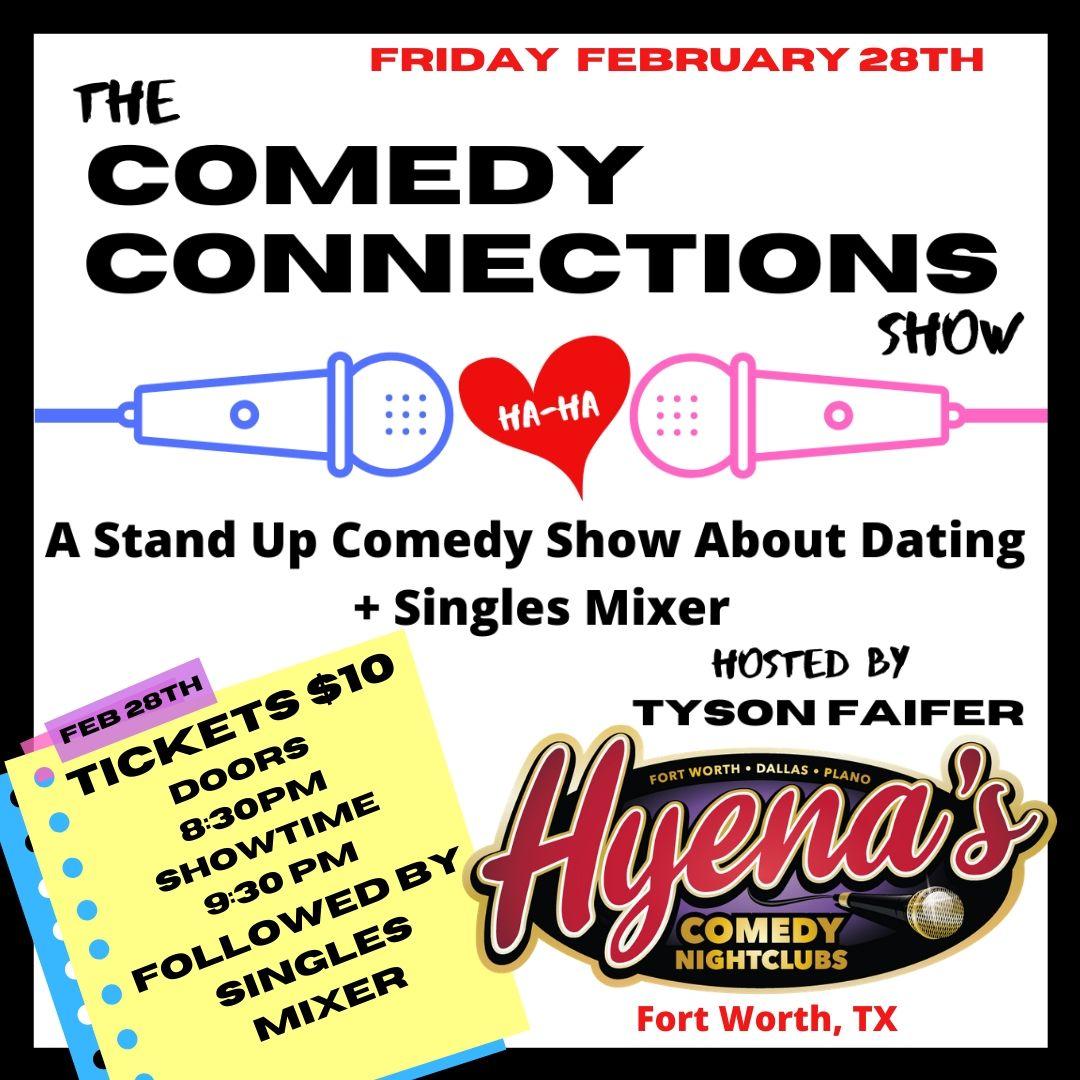 The Comedy Connection w / Tyson faifer - IN THE RED ROOM

WHAT
The Comedy Connection w / Tyson faifer - IN THE RED ROOM

The Comedy Connections Show is a night out to laugh and meet new people with similar interests. Hosted by comedian Tyson Faifer, who has appeared on several reality dating shows (ABC's The Proposal, Fox's Love Connection, WeTv's Millionaire Match Maker, SoulPancake's Date My Dog and The Steve Harvey Show).  Relationships, love, first dates and maybe even Spanx will be the focus of each comedian taking the stage. Join us to explore  both the male and female POV on dating and relationships ending with a Q&A about modern dating, myths, apps, dating mistakes, advice, etc., followed by a singles mixer. Tickets are only $10 (includes both the show & the mixer) seating is very limited.