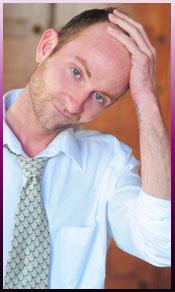 Myers grew up in Columbia, Maryland and began his comedy career at the age of 18 at Winchester's Pub in Baltimore. In 2005 he won the "Funniest Person in Baltimore" contest. Myers later moved to Florida where he was named 2011 Florida's Funniest Comedian. Myers is based in Los Angeles, California where he's a paid regular at the world-famous Comedy Store in Hollywood. He has appeared on "Gotham City Live", "Laughs" on the Fox Network, and performed his 1-hour special "Dopeless Romantic" for Hulu. He has appeared on "Andrew Dice Clay Presents", "The Blue Show" on Showtime, and "Comics Unleashed with Byron Allen". Myers is the co-creator of the animated cartoon "Court Ordered", loosely based on his life with characters voiced by many fellow notable comedians.