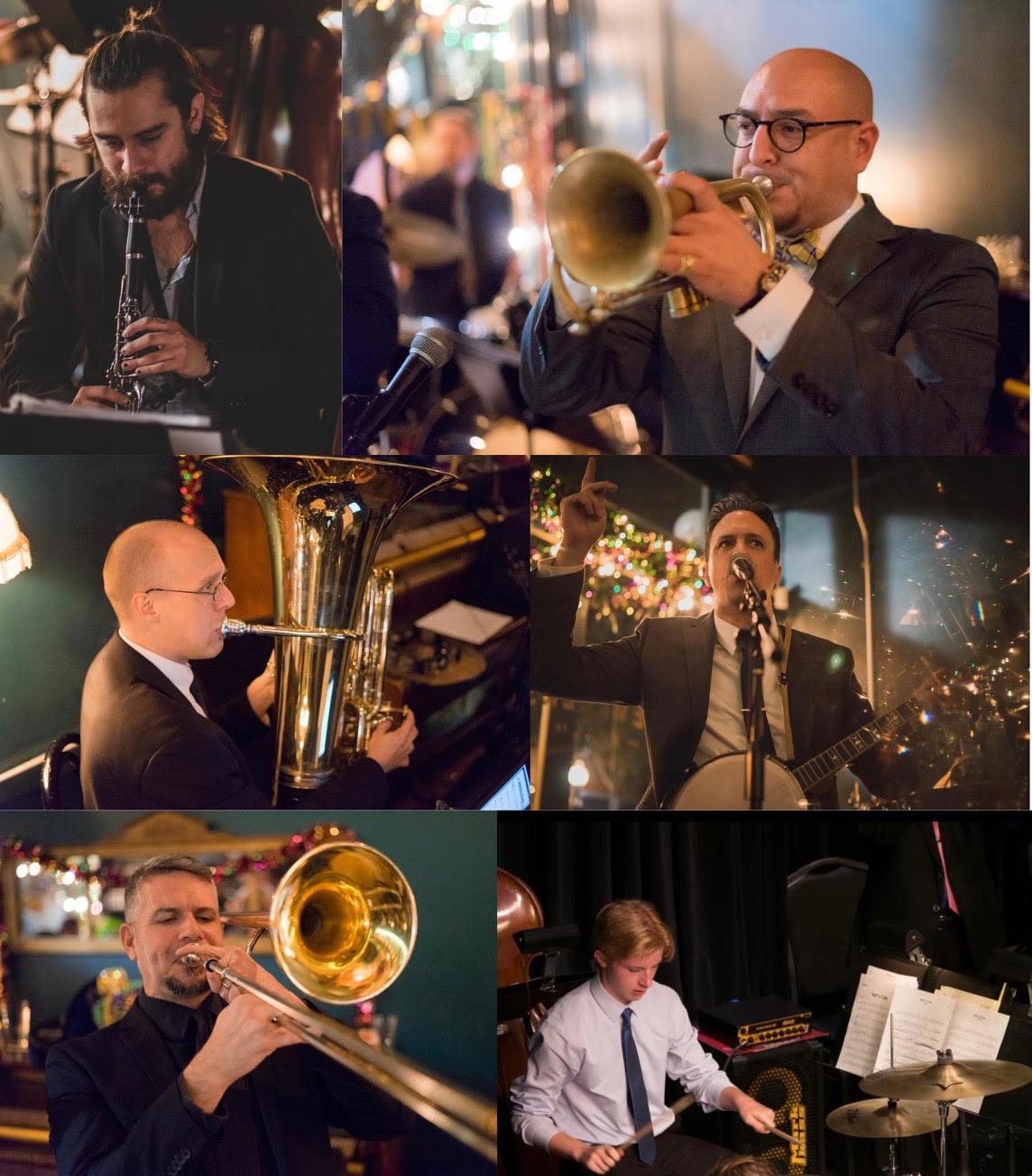 Join us for our annual New Years' Eve Celebration with Black Powder Vipers!

Black Powder Vipers formed in the summer of 2016 with the sole purpose of preserving an American art form known as early jazz. Consisting of trumpet, clarinet, trombone, guitar/banjo, tuba and drums, the bands goal is to stay as authentic as possible while keeping the band stage hot with not only styles from New Orleans, but to also include Chicago, New York and San Francisco styles as well. The band is heavily influenced by the likes of Jelly Roll Morton, Louis Armstrong and his Hot 5 (and 7), Bix Beiderbecke, Turk Murphy, and San Antonio’s own Jim Cullum, Jr., to name a few.