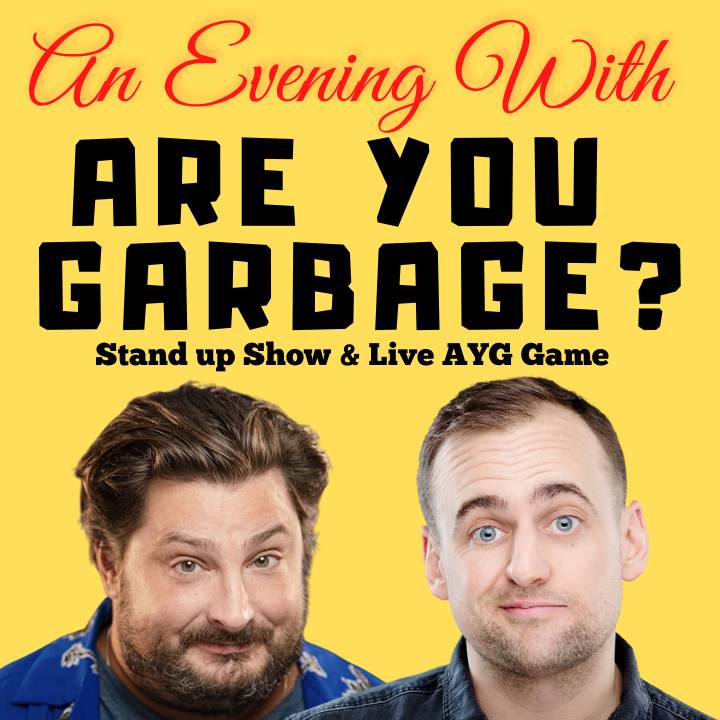 Are You Garbage Comedy Show

The co-host of the Are You Garbage? Podcast. H. Foley is a New York based comedian and actor. Foley fuses personal stories and hilarious observations in a unique, charismatic package. He has appeared on Gilly And Keeves, The Jim Gaffigan Show, Manifest, Full Frontal With Samantha Bee, Netflix's Iron Fist, Gotham Comedy Live, Gotham, Difficult People, Alternatino, The Last O.G., Comedy Central, NBC, TBS, FOX, TV Land, Netflix, AXSTV,  Hulu, and Sirius XM. He has also appeared is such films as Set It Up, Passaic, Night Comes On (Sundance 2018), and The Outside Story (Tribeca 2021).

Kevin is a Philadelphia born stand up comic and podcaster now living in New York City. He is quickly becoming an audience favorite with his easy going yet straightforward point of view.  Kevin is also the co-host of the popular new podcast ARE YOU GARBAGE? and has appeared on The Bonfire on Comedy Central Radio, Legion of Skanks, and the Bennington Show on Sirius XM.