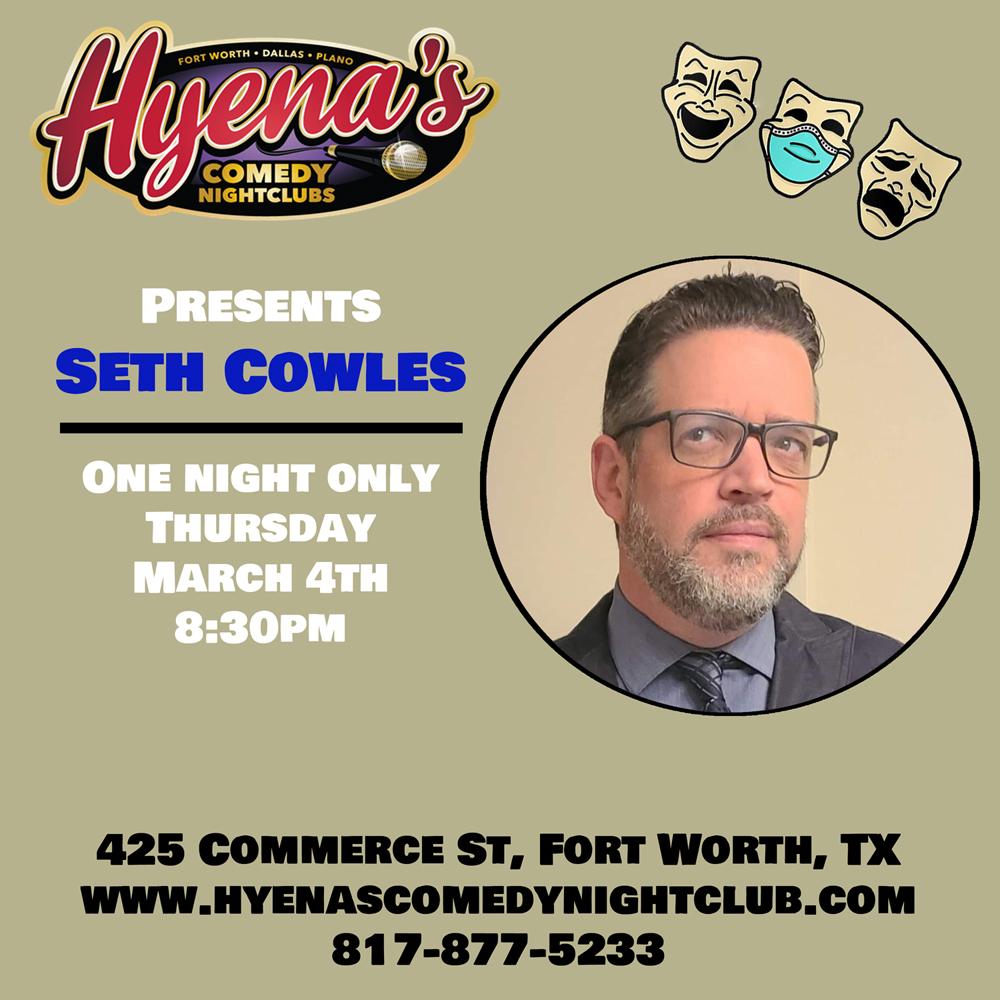 Seth Cowles - FREE WITH A RESERVATION

Seth is originally from Boston but has cut his teeth doing comedy in Dallas as his home base for the last 15 years. Coming from the northeast to Texas has really given him a unique perspective providing interesting and clever social commentary on his life. A couple marriages, divorces, and a teenage daughter also help as sources of his hilarious material.

Seth has performed in multiple festivals, clubs, casinos and crappy bars around the country including The Boston Comedy Festival, Dallas Comedy Festival, House of Blues, The Comedy Store, The Improv, Hyena’s Comedy Clubs and many more. Quickly becoming a crowd favorite, he has brought his energetic and memorable style to the stage to open for such talents as Frank Caliendo, Doug Benson, Tig Notaro, Gilbert Gottfried, Iliza Schlesinger, and Jeaneane Garafalo just to name a few. He has also graced the small screen in award winning hits such as Cheaters and S.T.A.G. Sit back and enjoy as Seth takes you through his personal and professional triumphs as well as utter failures all while keeping you on the edge of your seat and dying of laughter.

He has no money.