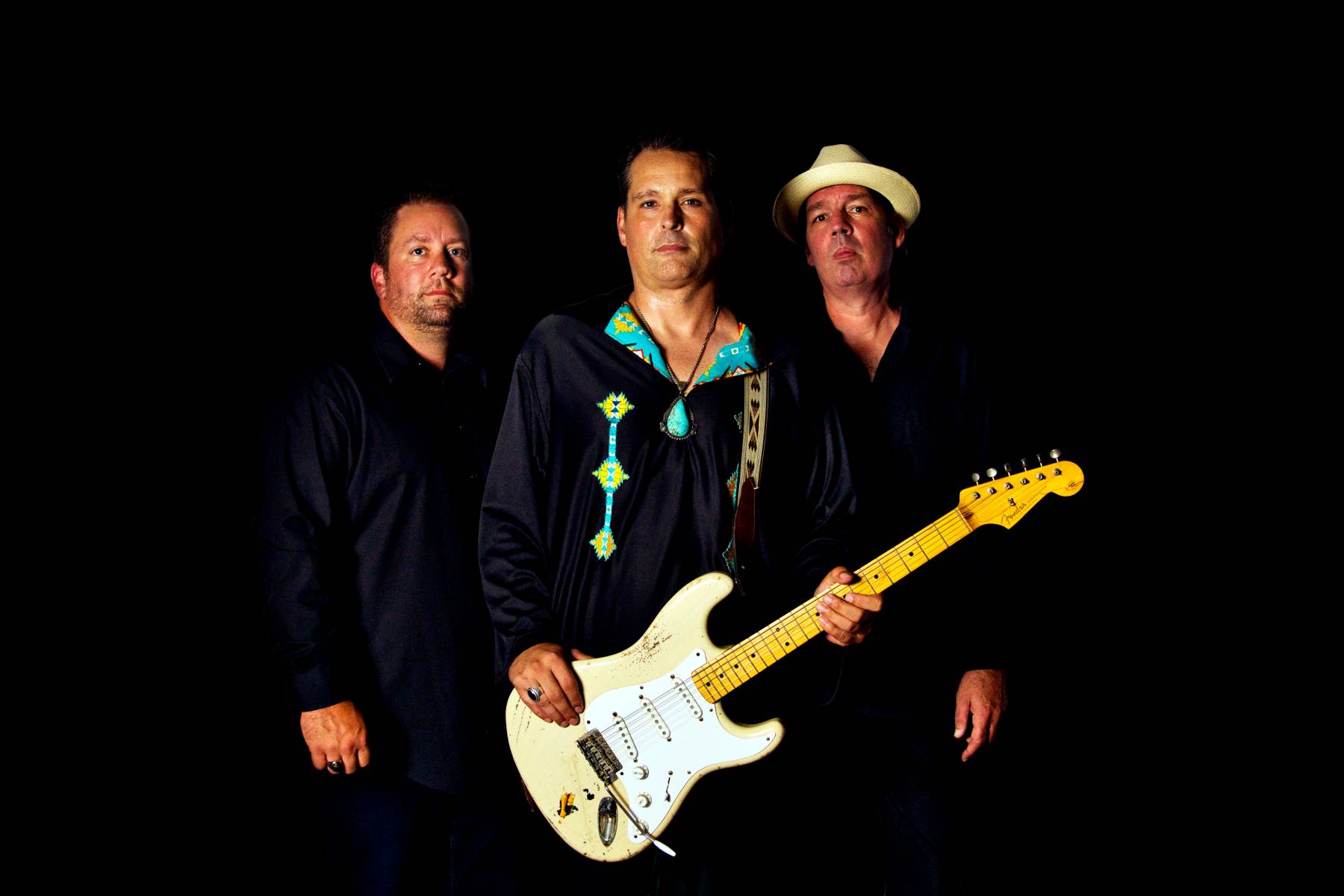 Shawn Pittman, based in Dallas, was born in the small town of Talihina, Oklahoma, at the Choctaw Nation Indian Hospital and raised in Cleveland County, Oklahoma. At fourteen, he picked up guitar and was soon introduced to the mysterious sounds of Lightnin' Hopkins and Muddy Waters. Soon after, he started exploring Elmore James, Albert King, and Buddy Guy.

Asa teenager, Pittman discovered the Vaughan Bros, Anson Funderburgh, and Mike Morgan. At Seventeen, he moved to Dallas, Texas, where he attended the Booker T. Washington High School for the Performing and Visual Arts.

He made his national recording debut in '97 with "Burnin' Up" on the Cannonball Records label, followed in '98 by "Something's Gotta Give," produced by Jim Gaines. The releases led to a tour with Susan Tedeschi in '99, during which they appeared on the Conan O'Brian Show.

This flurry of activity eventually led to a new record contract with Delta Groove in 2011, and plans were immediately set to record another album. “Edge Of The World” marked Shawn Pittman's tenth release and contained an inspired program of original material by an accomplished singer, songwriter, and guitarist, recalling all the vintage tones and ambiance of the great blues recordings of the 1950s and '60s.

Pittman plays almost every instrument on the CD, handling vocals and guitar, to bass, drums, and piano, on top of doubling as the album's producer and engineer. Special guest Jonathan Doyle (Mighty Blue Kings, Jimmy Sutton's Four Charms, White Ghost Shivers) represents the album's only other personnel by contributing tenor and baritone saxophone on four songs.

Commenting on the inspiration behind his music and songwriting, Pittman states, “I’m just playing the music I want to hear."

He released his 11th album, “Backslidin' Again,” in 2015. In January2018, Pittman recorded his 12th album, “Everybody Wants to Know,” with longtime friend and drummer Jay Moeller. In the Spring of 2020, Pittman returned with 'Make It Right,” in partnership with Netherlands-based Continental Record Services (CRS).

Opening for B.B. King twice, B.B. shared his secret for longevity with Shawn: "Treat people how you want to be treated—and remember everybody has a boss."

In 2021, as an adaptation to the pandemic, he expanded his repertoire to include solo acoustic music and released 'Stompin' Solo,' his first all-acoustic album on the CRS subsidiary Must Have Music. In May of 2022, Pittman toured Europe with Anson Funderburgh and Mike Morganas part of the Texas Blues Guitar Summit.

He just released a raw new album, “Hard Road,” recorded live in studio in Austin with his new trio —with no overdubs. His tight trio is now touring regionally in support of the release.

A prolific Americana singer, songwriter, guitarist and entertainer, Floramay Holliday is a six-foot blond who deftly blends old school country with a modern alternative style. Over the past 25 years, she has gained critical acclaim, recording and performing with legends such as Guy Clark, Ray Benson, and Willie Nelson. Her first album was recommended for nomination in the 42nd Grammy Awards, and she is currently recording a 5th record, with the New Bohemians as her backing band.