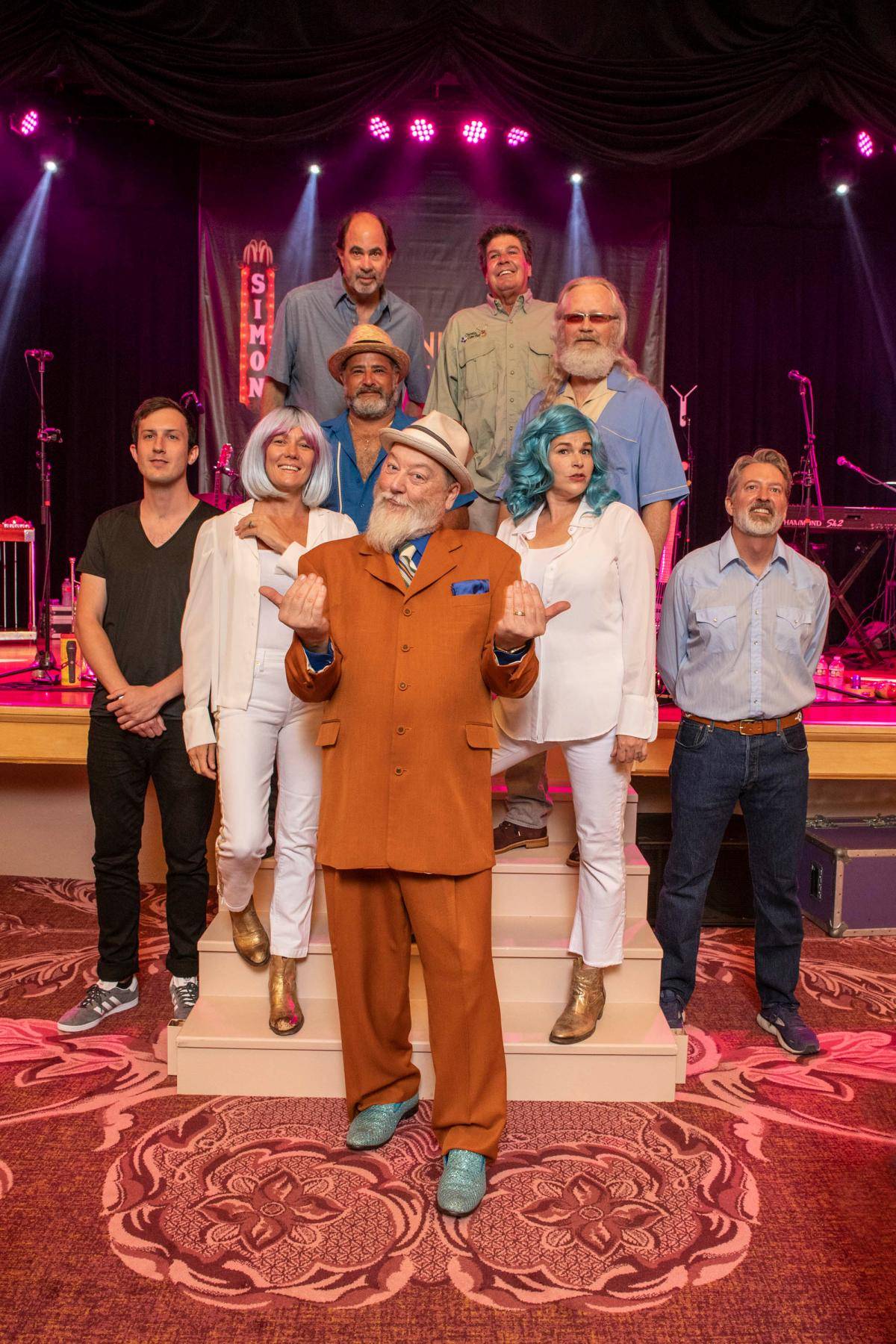 Specifically at the request of the artist, the following health and safety requirements have been implemented for all attendees at this show: Shinyribs

Shinyribs defies genres as an Austin-based 9-piece Swamp-Pop-Soul supergroup fronted by the outrageously charismatic Kevin Russell. The nine-piece outfit was named Best Austin Band at the Austin Chronicle’s Austin Music Awards (2017, 2018) and awarded Album of the Year for “I Got Your Medicine” (2017). Russell’s Shinyribs have recorded six albums: 2010’s “Well After Awhile;” “Gulf Coast Museum” (2013); “Okra Candy” (2015); 2017’s award-winning “I Got Your Medicine;” a compilation of holiday standards and new compositions “The Kringle Tingle” (2018); and the group’s latest soulful release, “Fog & Bling (2019). Shinyribs will release their seventh project, “Late Night TV Gold” in August 2021.

With his scruffy beard, pearl snap shirt and soulful blue eyes, Taylor Young certainly looks the part of a Texas born and bred singer-songwriter. However, his solo debut, Mercury Transit, reveals an artist unafraid to break from convention and unwilling to be typecast.

That figures, since he’s taken such a roundabout journey to get here. As a teenager, Young broke onto the Dallas music scene as the drummer for local psychedelic heroes Hi-Fi Drowning. His frenetic-yet-flawless playing style quickly earned gigs with the likes of Young Heart Attack and The Polyphonic Spree, but after years of touring he longed to step out from behind the kit. When he finally did, Young defied expectations and cofounded folk-country duo The O’s, honing his songwriting, guitar playing and frontman presence over four albums and hundreds of live shows.

With Taylor Young Band, these seemingly incongruent split personalities meet. Under the guiding hand of producer and bandmate Toby Pipes, the entire album was recorded on analog outboard equipment in Pipes’ College Station, Texas home studio. Over a year of laid-back regular sessions, the two discovered the perfect balance of Young’s uncanny gift for melody and a clever turn of phrase with Pipes’ shimmering atmospherics and pop sensibility.

The result is an album that’s more power pop than country, with breezy harmonies and big hooks seasoned with just a pinch of Southern twang. Opener “Get Around” gets the point across right away, sounding like Alex Chilton fronting Teenage Fanclub. The genre-bending continues on the lead single, “Rattled,” which wraps a Tom Petty style ballad in a cozy shoegaze blanket.

A persuasively optimistic hopeless romantic, Young sings earnestly about almost blowing it (“Make You Wanna Stay”), post-breakup second thoughts (“Out of My Mind”), and cosmic eternal destiny (“Shine On Me”). He’s also an old-school storyteller, ripping through honky tonk stomps “Daze of the Week” and “Drinkin” with a wink and selfdeprecating smile.

Ted Lasso with a telecaster, Young imbues the entire record with relentless positivity – even against all odds. Album standout “Wrong Place, Wrong Time” turns a string of bad luck into the jauntiest jangle pop this side of The Smiths. It’s this disarming sort of charm that turns strangers into friends, and helps friends feel sure everything will work out fine in the end.

The current incarnation of Taylor Young Band sees Young and Pipes joined by guitarist Michael Smith and drummer Austin Green – further evolving and expanding the signature Americana dream pop sound established on Mercury Transit. Expect the TYB good vibes to continue into 2022, with a much-anticipated European tour and second album on the way. Until then, take a bit of advice from Young and “don’t let it bring you down, ‘cause it will always come back to you.”