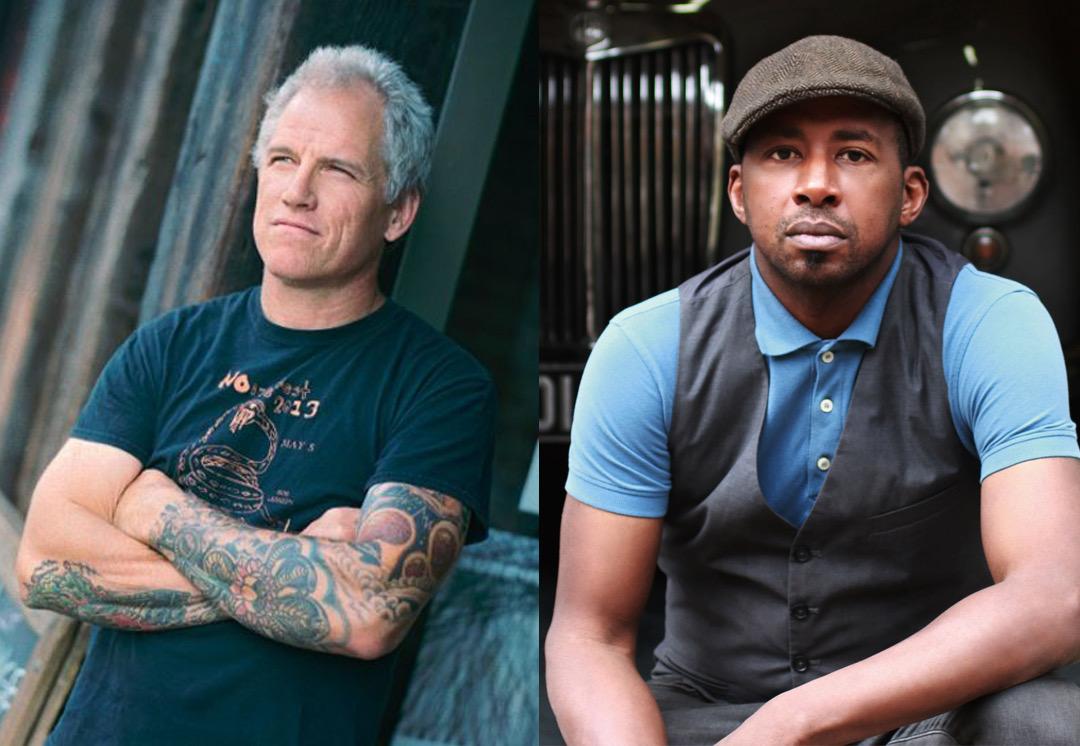 Texas Native Mike Dillon met Earl Harvin of New Jersey in the fall of 85 at North Texas State University where they were both percussion students.  They became fast friends and began their musical journey in bands like Fingerprints, Ten Hands, Billy Goat, The Malachy Papers and The Black Frames.   Earl has played on many of Mike's records including Rosewood and the recently Released "1918".    After Leaving Billy Goat due to Mike's addiction, Earl played with Seal and started his own band Rubber Bullet. He also made many great records with The Earl Harvn Trio.  When Mike cleaned up, the percussive duo resumed their fascination with percussion and made the the first Mike Dillon solo record, Black Frames "Solargy",  Mike Dillon and Earl Harvin "People Gardens" and many more records.  Mr. Harvin  resides in Berlin where he performs and records with the likes of Tindersticks,  Glen Hansard, and Sam Smith.  These days, Dillon plays with Rickie Lee Jones, Les Claypool, as well as his bands Punkadelick and Nolatet.  These gentlemen don't have time for high school reunions,  so they get in a van filled with percussion and bring the  thunder to you.