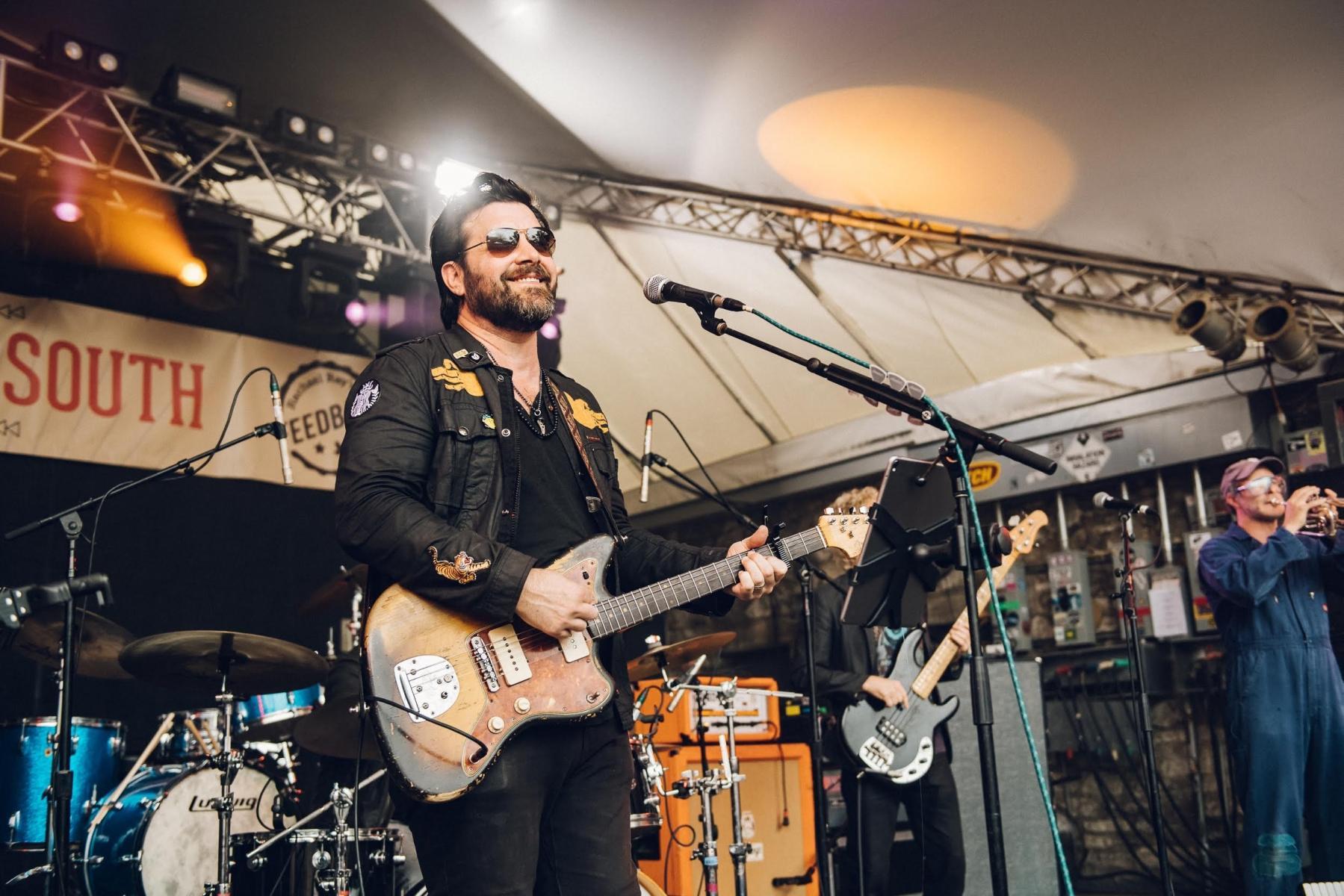 One of Austin’s most celebrated musicians, Bob Schneider, is set to release his new album, ​Blood and Bones​ – his 7th studio album since his 2001 solo debut ​Lonelyland​ – on June 8th via his Shockorama Records imprint. ​Blood and Bones​ captures Schneider at a unique, and distinct, place. “Most of the songs are about this phase of my life,” he admits. “I’m re-married, I have a 2-year-old baby daughter who was born over two months premature because my wife had life threatening preeclampsia. So dealing with that traumatic event while getting older and looking at death in a realistic, matter of fact way, experiencing the most joy I’ve ever experienced along with feelings of utter despondency in a way that would have been impossible to experience earlier in my life, all comes out in the songs. My relationship with my wife is the longest committed relationship I’ve ever been in, so there was a lot of unchartered territory there to write about.”

The songs on ​Blood and Bones​ reflect this. Recorded quickly with producer Dwight Baker, who has worked with Schneider on 6 of his previous releases, the album highlights the chemistry that Schneider and his backing band of Austin’s very best musicians have developed while relentlessly playing live, most notably at the monthly residency Schneider has held at Austin’s Saxon Pub for the last 19 years. “I didn’t want to overthink the songs,” Schneider says. “I really respect Dwight’s ability to make great calls when it comes to what works and isn’t working when we are recording the songs. I felt pretty good about the quality of the songwriting, so I figured that would come through in the end if we just went in and played them the way I do live.”

In retrospect, it appears inevitable that Bob Schneider would become an artist. He was born in Michigan and raised in Germany, where his father pursued a career as a professional opera singer. As a boy, Schneider studied piano and guitar, often performing at family parties and backing his father on drums at nightclubs throughout his youth in Germany and Texas. He went on to study art – his other primary passion and avocation – at the University of Texas El Paso, before moving to Austin and establishing himself as a musician. He performs relentlessly, creates new music compulsively, writes poetry, and regularly shows his visual art in galleries around Austin. With ​Blood and Bones​, Schneider further cements his reputation as one of the most versatile, inventive, and engaging songwriters working today.