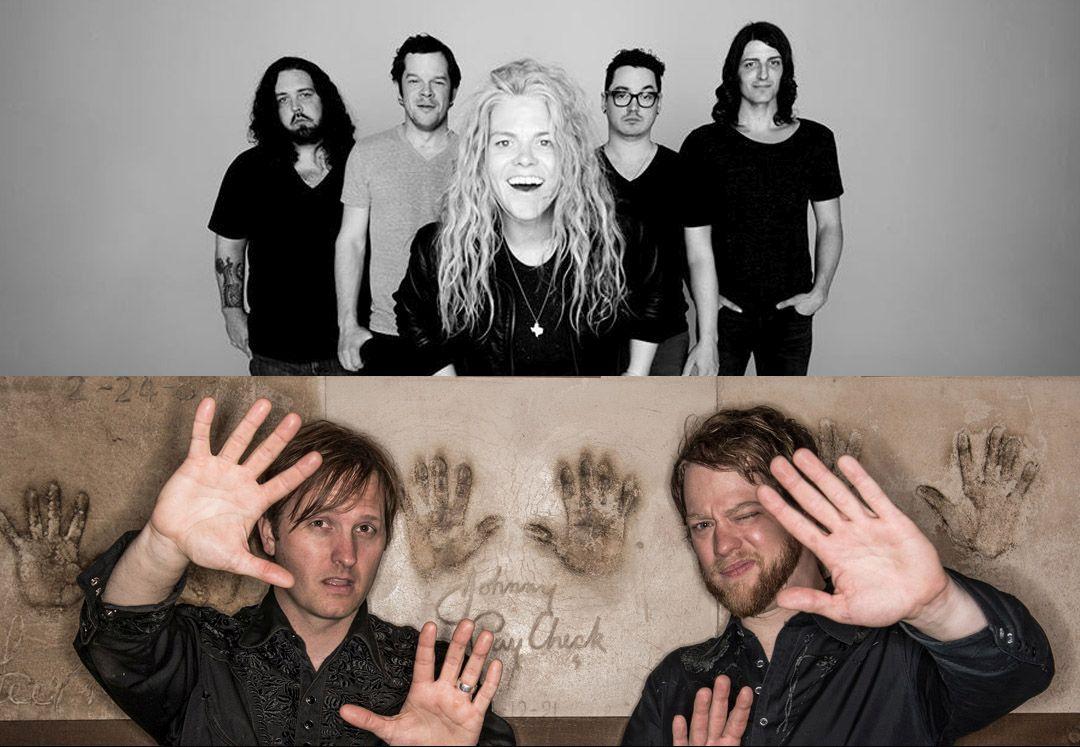 Somebody's Darling and The O's

Somebody's Darling has all the elements you would expect from a Southern rock band: Lead singer Amber Farris' commanding vocals, dominant guitars, powerful drums, and lyrics that make you pay attention.

We started our group in the summer of 2008 in Dallas, Texas having known each other through all our other groups (Polyphonic Spree, Young Heart Attack, Slick 57, Rose County Fair, Hi-Fi Drowning.) It was an easy upstart and took no time jumping in headfirst. We both had songs that we felt needed to be played but no band to use as an outlet. Three months later, we entered the recording studio
and recorded an EP which ended up being half of our first album "We Are The O’s" (2009 Idol Records) produced by Jeff Halbert (Nick Cave, St. Vincent.)
We have since toured relentlessly across the US, UK, Europe, and even jaunted to Hawaii, hi-fiving friends and fans alike; just trying to keep ourselves out on the road and creating new music for good people. In 2011, we recorded our second album with the Grammy award winning Stuart Sikes.  Entitled “Between The Two,” we played every instrument on the album like before and had Stuart man the helm. It was liberating and exciting and brought us further than we had been before.
We hit the road again jumping back and forth across the great ponds, made music videos, bought and broke vans, bought and broke gear, ate poorly, ate well, had fun and not so much fun, met amazing people, learned a lot about life, forgot a lot of things, slept a little, bought and wore out hundreds of pairs of pants and shirts, resoled our cowboy boots countless times, played with incredible artists, performed on TV shows, talk shows, radio shows, festivals, clubs, bars, restaurants, several different countries and continents, swam in clear water, dredged through the gulf, and other countless, endless adventures to name.
We did this all as we have always, to make good music for good people.
Our third album, "Thunderdog," was released in July of 2013. We recorded the majority of the album, at the recommendation of our great producer, Chris “Frenchie” Smith, in Tornillo, TX at the legendary Sonic Ranch Studio. It's a magical studio where we could stay on site, eat on site, and record without distractions (other than the delicious Sonic Ranch "Salsa de Roja" that lead to
many debates on whether or not anything would taste good without it afterwards…) We finished up the album at The Bubble in Austin, TX and took to the road yet again.
In November 2014, we finished our fourth album Honeycomb. We took a much different approach on this record. We called upon Frenchie to run the show again, but instead of entering a studio and cranking out the hits, we decided to rent two cabins behind the River Road Ice House in New Braunfels, Texas and set up a mobile rig to track with. Needless to say, no one has recorded there
before. It was perfect! We spent all day and night recording. It was just so much fun and we hope that it shows with each listen. We kept it simple: just a U47, an ELA 251, a couple of BAE 1073’s, and the Radar system.
A slight difference was that we had some guests on this record. Frenchie played some shredding guitar on “Shooting Star,” and we had the legendary crooner Justin Currie sing on “Woken Up.” We did a huge tour with Del Amitri selling out the largest venues all the way from Dublin to London to Glasgow, and became excellent friends with Justin. It was extremely sweet of him to join us for this.
Also, the Ice House is a live music venue, so we’d also like to thank everyone who played during those two weeks – if you listen close enough you can slightly hear them in the background! A nice jump in production value, huh?
As for now, we look forward to meeting y’all and playing all of these songs just for you. We’ll see you folks soon.