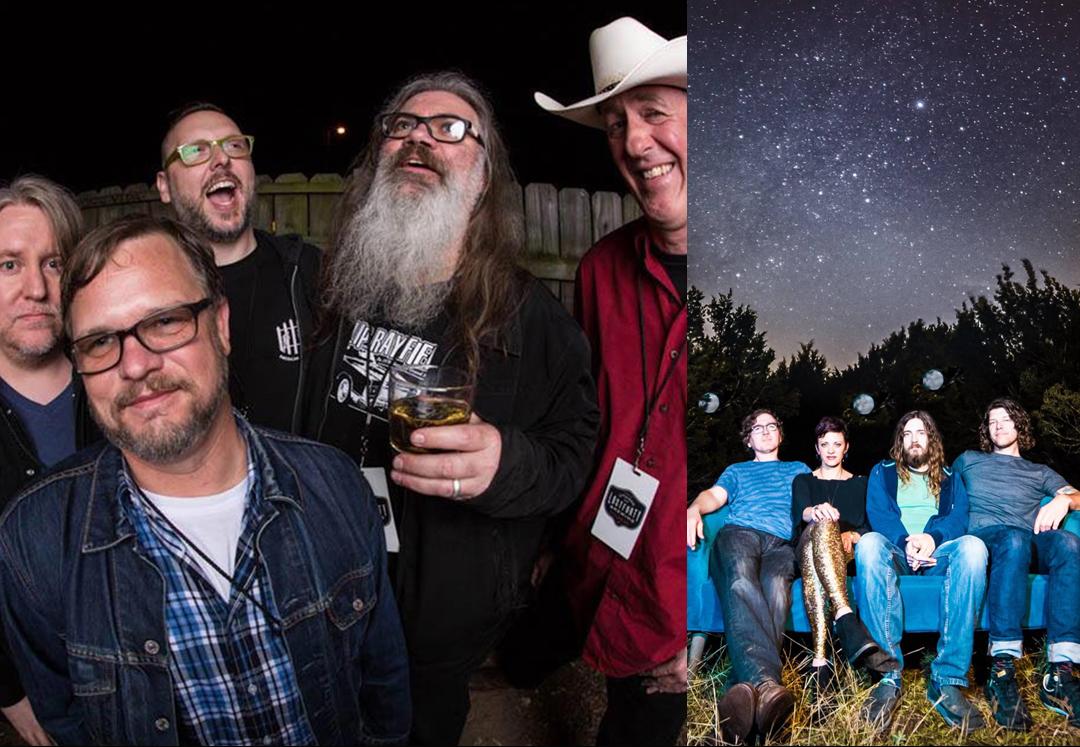 The story goes, Slobberbone was born in a Denton, TX Park ‘n’ Go beer store parking lot in early 1992. Over the course of the next four years the band would cut their teeth and earn their chops across the Texas music landscape. 1996 brought forth the release of the band’s debut album, Crow Pot Pie. The world would eventually be blessed with three more Slobberbone albums (Barrel Chested, Everything You Thought Was Right Was Wrong Today, Slippage) before the band decided to call it quits. Bees and Seas: The Best of Slobberbone is a not a mere greatest hits album but more a creative retrospective, a painstakingly selected group of songs that best represent who the band is and was. The majority of these songs are set to be released on vinyl for the first time ever. This 1-CD, 180g double LP set features an original cover painting by Will Johnson (Centro-matic, Monsters Of Folk) and liner notes by Patterson Hood (Drive-By Truckers). The design also features images and memories submitted by fans in an online artwork contest. New West Records is pleased and proud to put out a “new” Slobberbone record!

“You and I, riding on the fringes looking for a sound” - The Cush

The search for that sound has yielded yet another brilliant record from The Cush, a band founded by husband and wife Burette and Gabrielle Douglas. This is their first record with Ben Harper’s new label, Mad Bunny Records, and the 6th overall release from the band. Risk takers throughout their career, never content to be defined or restricted to a single genre.

Gabrielle and Burette were both born and raised in Texas and both come from musical families. In fact it was it was their love of music that bonded them when they first met through mutual friends in 1993. That year they formed their first band, Buck Jones with whom they recorded three full albums and toured much of the US before breaking up in 1999. A year later, they formed their new band, The Cush.

In 2001, Burette and Gabrielle relocated to Burlington, Vermont where The Cush released their debut self-titled record. Since then they have released 5 records.

Their latest album, “Riders In The Stardust Gold”, was released in April of this year on Mad Bunny Records.