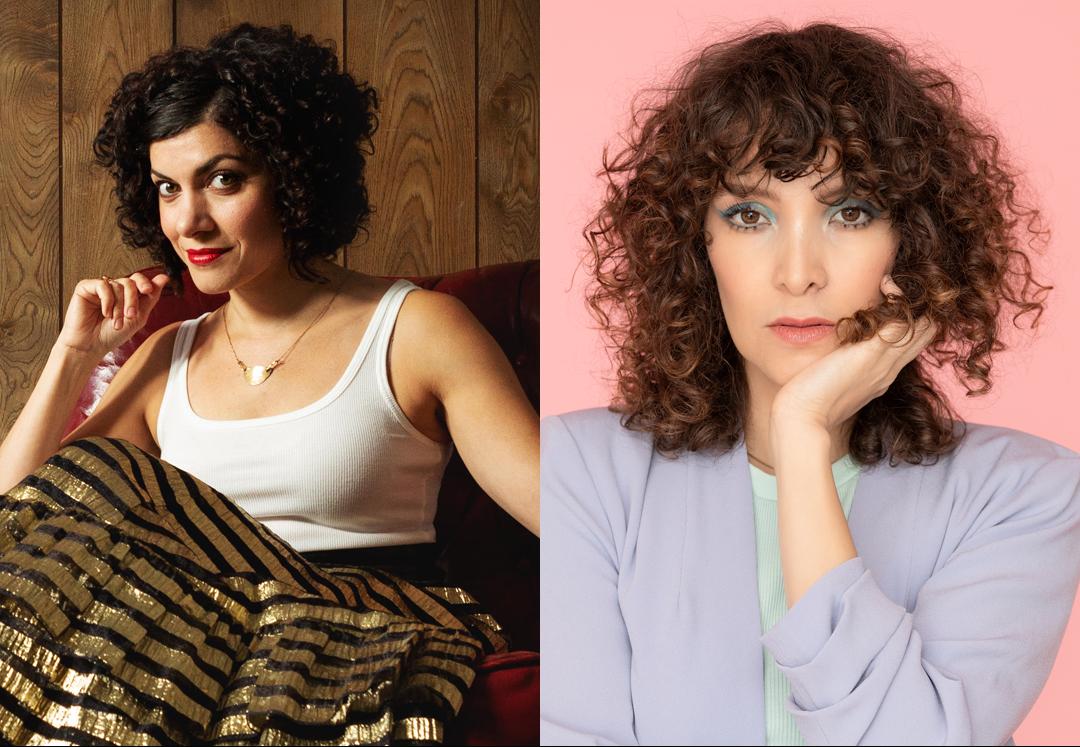 Carrie Rodriguez, a singer-songwriter from Austin, Texas, finds beauty in the cross-pollination of diverse traditions. A passionate performer, she effortlessly melds fiery fiddle playing, electrifying vocals and a fresh interpretation of new and classic songs with an “Ameri-Chicana” attitude. Her newest project, the upcoming Spanish/English album Lola, is both a return to her musical roots and something of a departure where she delivers her own twangy, Texas-bred twist on Mexican Ranchera songs, creating culturally blended music for a culturally blended world.

Inspired by the 1940’s-era recordings of Carrie’s great aunt, Chicana singing sensation Eva Garza, the album is a mixture of new and old songs. It features Spanish songs written by some of Carrie’s favorite Mexican composers, as well as her own Ranchera-inspired original songs written in English, Spanish and “Spanglish.”

Produced by Lee Townsend, the album is supported by an all-star band, The Sacred Hearts, assembled especially for this project. The band features internationally acclaimed composer/guitarist Bill Frisell, Viktor Krauss on bass, Luke Jacobs on pedal steel and guitars, David Pulkingham on nylon string guitar and electric guitar and Brannen Temple on drums and percussion. The crowdfunded project, supported entirely by friends and fans, is set to be released on Feb. 19, 2016 by Carrie’s own label, Luz Records.

“The outlier, Rodriguez… already so highly regarded that she’s not only captured the heart of Americana music aficionados but infused the Latino community with a singular dose of Ameri-Chicana pride.”
– TODO Magazine

A Pan-American Anthem, a 21st Century Troubadour
The Venezuelan song “Alma Llanera” premiered in Caracas more than a century ago, encapsulates a universal yearning: “I love, I weep, I sing, I dream”. These four essential and deeply emotional feelings can be felt by anyone, rich or poor, young and old. That’s what anthems are made of. Anyone, anywhere, can identify with an anthem, no matter the language. This is an album of anthems. Pan-American anthems in Spanish, Portuguese and English.
Once upon a time in Latin America, “El Cancionero Picot” unified the continent with songs. This popular songbook was distributed by a company that sold an effervescent antacid called ‘Sal de Uvas Picot’. Radio stations from Mexico to Argentina broadcast a nightly music program, sponsored by Picot, featuring songs from across the continent. Listeners sang along to tangos, boleros, rancheras, pasillos, bambucos, valses and other popular Latin American anthems sung in different accents, but filled with emotions anyone could identify with.

During those days, people tuned their radio on at night and listened to the latest songs from Mexico to Argentina. They listened and, thanks to the Cancionero Picot, sang along with the pop stars of the day. They sang along to “Alma Llanera”, a joropo from Venezuela glorifying life in the countryside; they sang “Nube Gris” a Peruvian vals, at one point more popular than Chabuca Granda’s “La Flor de la Canela”, another classic anthem from Peru. They sang along to “Historia de un amor”, a bolero written in 1955 by Panama’s composer Carlos Eleta Almarán, inspired by the passing of his brother’s wife. They listened and sang along to “Espérame en el cielo” by Francisco López Vidal, who wrote verses inspired by the afterlife: “...wait for me in the heavens, my love, if you go there first”. They listened and sang to Pan-American anthems.

But there are other types of anthems. Sweet, yet provocative, “Across the Borderline” warns the immigrant that in the promised land “you could lose more than you’ll ever hope to find”. If Harry Nilsson’s “I’ll take a tango” appears to lambaste the music industry of the mid-1970s, the lyrics could easily be applied to the present. “Esperando na janela” was recorded and popularized by Tropicalia’s superstar Gilberto Gil, propelling the career of Targino Gondim, a little-known accordionist and composer from northeastern Brazil. Gaby Moreno’s “El Sombrerón” tells the Guatemalan tale of a handsome man who enchants beautiful women after they listen to his magical serenade: “He entered, in great silence into her ears, her thoughts. She remained hypnotized, without words, trapped”. Uplifting and empowering, David Rudder’s “The Immigrant” could have been written more than a hundred years ago. Like “Alma Llanera”, this song embodies a universal cry, now more relevant than ever: “The immigrants are here to stay to help build America”, or to help build Europe. Dorival Caymmi’s “O Cantador” reminds us of the role of the medieval troubadour: “the singer does not choose what to sing about, he or she sings the world they see”.
This is an album of anthems, with arrangements of the highest level, produced with utmost sensibility by a tower of the music industry in the United States, Van Dyke Parks. These are anthems sung by a twenty-first century troubadour, who happens to be an immigrant just like me, and like you too.