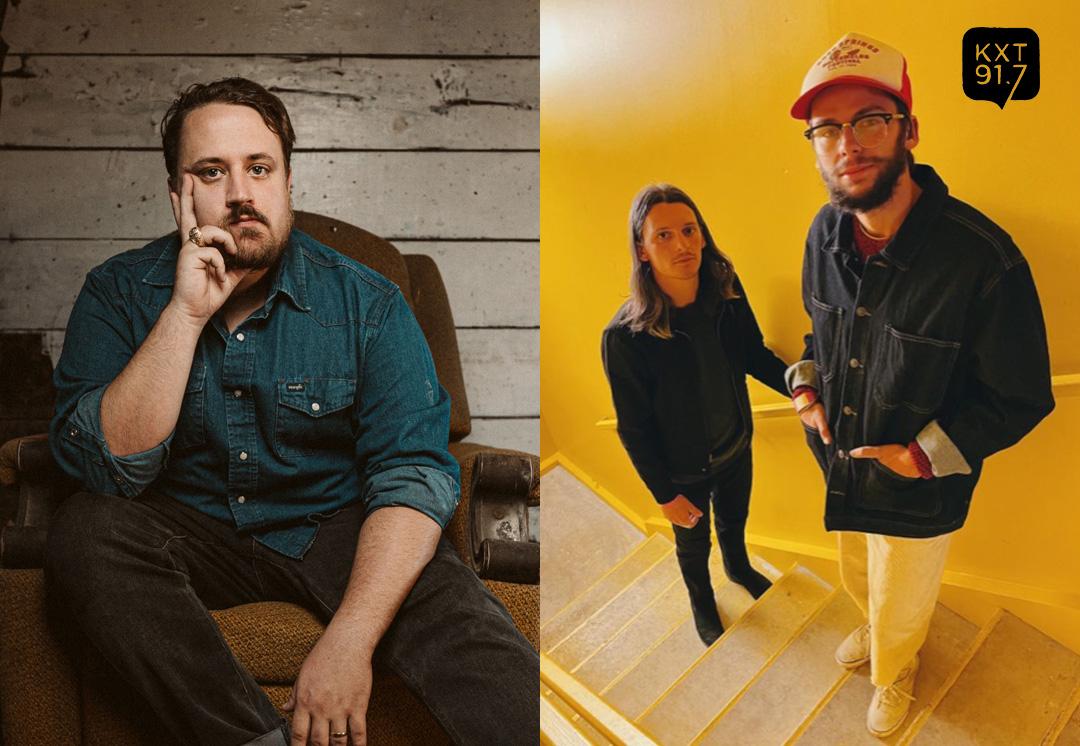 You may not notice it at first, but Billy Law’s debut album Alone Somewhere is telling you a story. It’s a story that feels familiar. You can’t quite put your finger on it, but then it hits you - you know this story because it feels like your story. This is a story of life, lived. Ups and downs and middle grounds, the good and the bad wrapped up together because that’s precisely how life works. As you work your way song to song, the album plays like a soundtrack, detailing events through the passage of time that you may not have lived directly, but feel deeply. It’s a masterful summation of human experience: the uneven act of growing up, youthful mistakes and adulthood regrets, finding, losing, and earning love, and the daily attempt to understand the person in the mirror.

It quickly becomes clear that while Alone Somewhere may be his debut, Billy Law already has the songwriting chops of a veteran musician as the album has garnered attention from national outlets like Rolling Stone. Perhaps it’s the influence of the decade he’s spent as bassist for the raucous and nationally acclaimed country-rock band Ottoman Turks that has lent such rough-and-tumble life experience. One might certainly be surprised to find that a single band has produced multiple celebrated songwriters, with Billy Law joining his bandmate Joshua Ray Walker in crafting stellar solo albums. As a solo artist, he has toured the EU and even shared the stage with notable acts such as Austin Texas legend Bob Schneider as well as the iconic, trailblazing folk-rock band, America to name a few. But it is just as likely that the normal, non-rock star life has provided fuel for the songwriting fire: there’s plenty of rough-and-tumble to be found in the journey of self-discovery that is graduation, working for a living, chasing your purpose alongside friends and family. Both sides of the singer are fully realized, giving the songs a lived-in feeling like an old friend’s greeting, the touch of worn leather, the taste of a favorite meal.

Much like Ottoman Turks, Billy Law has little regard for sticking to single genres, influenced by classic country masters like Guy Clark, singer-songwriters like Josh Ritter, and indie rockers like Manchester Orchestra and the National. Despite the varied elements from which it draws, there’s a cohesive vibrancy that runs through the album as Law and his band, lovingly known as “The Baby Boys”, wind these colorful threads together. It makes for intriguing listening, appealing to diverse tastes and ages as they incorporate the country-shuffle drinking song of “Voicemail,” indie rock drama and rolling-thunder drums on “It’s Not Right,” and the dreamy Americana of “Wake Me Up Too.” Songs tend to rise and fall with the emotion of the lyrics, and at times Law is almost whispering, only to crescendo with the band in a plaintive moan or impassioned shout. The creation of the album itself mirrored the highs and lows present in Law’s songs, recorded over four years in friends’ home studios, living rooms, and closets. This long, slow, homespun method certainly finds its way into the sound of the album, where you can almost palpably feel the late nights and low lights that produced it.

Billy Law’s songs will speak to you in a way that’s startlingly familiar. Like revered songwriters on classic albums, Law crafts tunes that are at once painfully personal and yet universal. His songs are raw, truthful, real. He has lived these lyrics. And in his sometimes weary but always urgent voice you find kinship. Alone Somewhere simultaneously plays like an epic concept album and a series of intimate case studies that are easy to dig into over and over again. Either way, it’s best paired with a glass whiskey, ready to drown your sorrows and toast your triumphs in equal measure.

Raised in Melissa, TX, Jackson Scribner grew up obsessed with music from an early age. He learned guitar when he was only nine and spent countless hours playing alongside his Dad and brothers at family gatherings. Being that the virtuoso is only twenty one years old, that doesn’t feel all that long ago. Only in the last year and a half has Jackson put lyrics to his skillful instrumentals, making their timeless appeal all the more prodigious.

Jackson Scribner’s debut album came out on March 26th on State Fair Records / We Know Better Records. Since its announcement, the album has garnered enthusiastic attention from the likes of American Songwriter, NPR’s KXT, The Dallas Observer, Folk Alley, The Bluegrass Situation, Glide Magazine, and For The Rabbits among others. Just twenty years old, Scribner’s timeless rasp and melodic intuition makes for folk-informed indie that jingles with emotional immediacy, akin to CAAMP, Hiss Golden Messenger, or Tallest Man On Earth.

By word-of-mouth alone, the young songwriter nabbed fervent support from reputed local musicians like Jeff Ryan (drummed for St. Vincent, The War on Drugs, Daniel Johnston), who came on to produce his first album, as well as  John Dufilho (bass for The Apples in Stereo, The Deathray Davies), and engineer Jerome Brock (Cryptolog), who completed the band. Recorded at Consolvo Studio in Oak Cliff, Texas and mixed by Grammy-winning Stuart Sikes (Loretta Lynn, Cat Power, Phosphorescent, The Walkmen), the upcoming collection showcases Jackson’s precocity in its natural state.

Jackson along with his brother Levi Scribner (also a critically acclaimed singer songwriter in his own right) have played consecutive successful shows since the self titled "Jackson Scribner" album was released as well as going to Europe and touring with State Fair Records label mate Billy Law, wowing audiences with their heartfelt and familial harmonies.