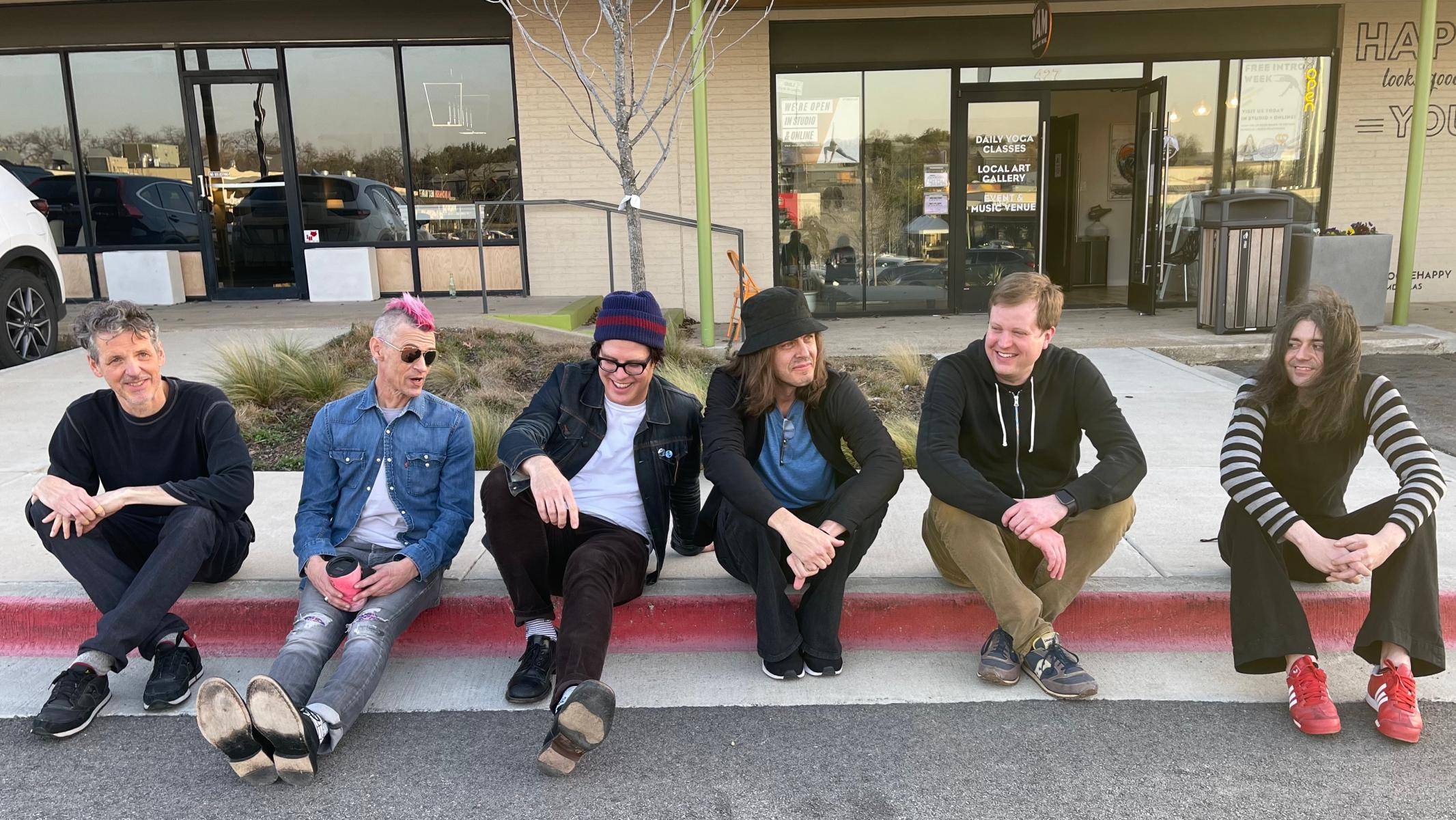 The Deathray Davies with Pleasant Grove

If you can believe it, 15 years have passed since the garage rock outfit The Deathray Davies have shared any new material. That changes today with the forthcoming release of a brand new album, Time Well Wasted.

The record’s first single, “Then You Met Me,” inspired by the sound of the 60’s British invasion, is available to stream + share everywhere today. Watch the official music video below, as well as the video for “Talking With Friends.”

“I quickly wrote 13 songs in a row, realizing right away that they were DRD songs. I sent demos to the band, asking if they wanted to jump back in. Right away, everyone wrote back “HELL YES!” A 15 year nap…suddenly we’re awake.” – John Dufilho

Despite taking over a decade off from the band, each member of The Deathray Davies has been busy creating and performing. The ever-busy John Dufilho continued to create and put out records under his own ever changing rock n’ roll incantations such as the absolute punk rock ripping CLIFFFS, the cinematic 60’s pop tinged Corner Suns, and the indie-folk of Cantina. Not to mention the collaborations and endless touring for both John and lifelong member and drummer, Jason Garner as current members of indie rock luminaries The Apples In Stereo and The Polyphonic Spree.

Let’s just say the members of The Deathray Davies have used this time apart wisely and are ready to return with the aptly titled Time Well Wasted.

"they’re churning out some classic post-punk vibes, only woven together with some ballad-like tendencies." - Austin Town Hall

“From one listen you can hear the band has not missed a step and once again cranks out 60’s style indie power pop without breaking a sweat.” – The Fire Note

Pleasant Grove, so named for a Dallas, Texas suburb, was formed by co-vocalists / guitarists Bret Egner and Marcus Striplin. They were drawn together by a vision to write and play music that captured raw melancholy melodies laid out over slow spacious rhythmic harmonies. Pleasant Grove released their self-titled debut album on a regional label in 1999. It speaks to the down-and-out ache of classic Texas country, yet still flows with the sonic outbursts of an electric Neil Young, the Flaming Lips or an out of control Alex Chilton. The George Jones meets Pink Floyd sound grabbed the attention of German label Glitterhouse Records when they saw PG at a SXSW showcase in 2000. Glitterhouse did a European release of the self-titled record in 2001 and the critically acclaimed follow-up record Auscultations of the Heart the following year. Pleasant Grove toured off both Glitterhouse releases. In 2004, Pleasant Grove released The Art of Leaving in the states on Badman Recording Co. The extensive touring and work that followed its release took a toll on the band especially Marcus Striplin one of the founding members. While working on the follow up to The Art of Leaving, Striplin moved to New York and eventually settled in Austin, TX.
In 2006, after recording most of the next record, PG disbanded and the members moved in different directions, Striplin formed a new project called AD Blood in Austin, Jeff Ryan started Myopic and ambient project and went on to play with Baptist Generals, & Sarah Jaffe, and did studio work with producer John Congleton recording w/ St. Vincent and The War on Drugs among others. Bret Egner continued writing songs and played with several bands in the Austin area. In 2012 Pleasant Grove reunited for a one off show celebrating the 10 year anniversary of the release of Auscultations of the Heart. Pleasant Grove played the record from beginning to end at The Kessler Theater in Dallas, TX. The show sold out and there was talk of reuniting the band and releasing the unfinished material on a new label. After two years of talking and playing occasional reunion shows Pleasant Grove announced they were reuniting and set a release date for a new record in early 2015.
They released "The Heart Contortists" on We Know Better Records in 2016 then they commenced on another European tour, ending it by playing Glitterhouse Records' Orange Blossom Festival in May.
The band has been in and out of the studio the past few months working on their follow up to their 2016 release  and will release their next single "Change the Station" later this summer,  as well as working on the re-mastering of the 2002 European only release "Auscultation of The Heart".
Event by
The Kessler
Calendar
Website
Facebook
Twitter