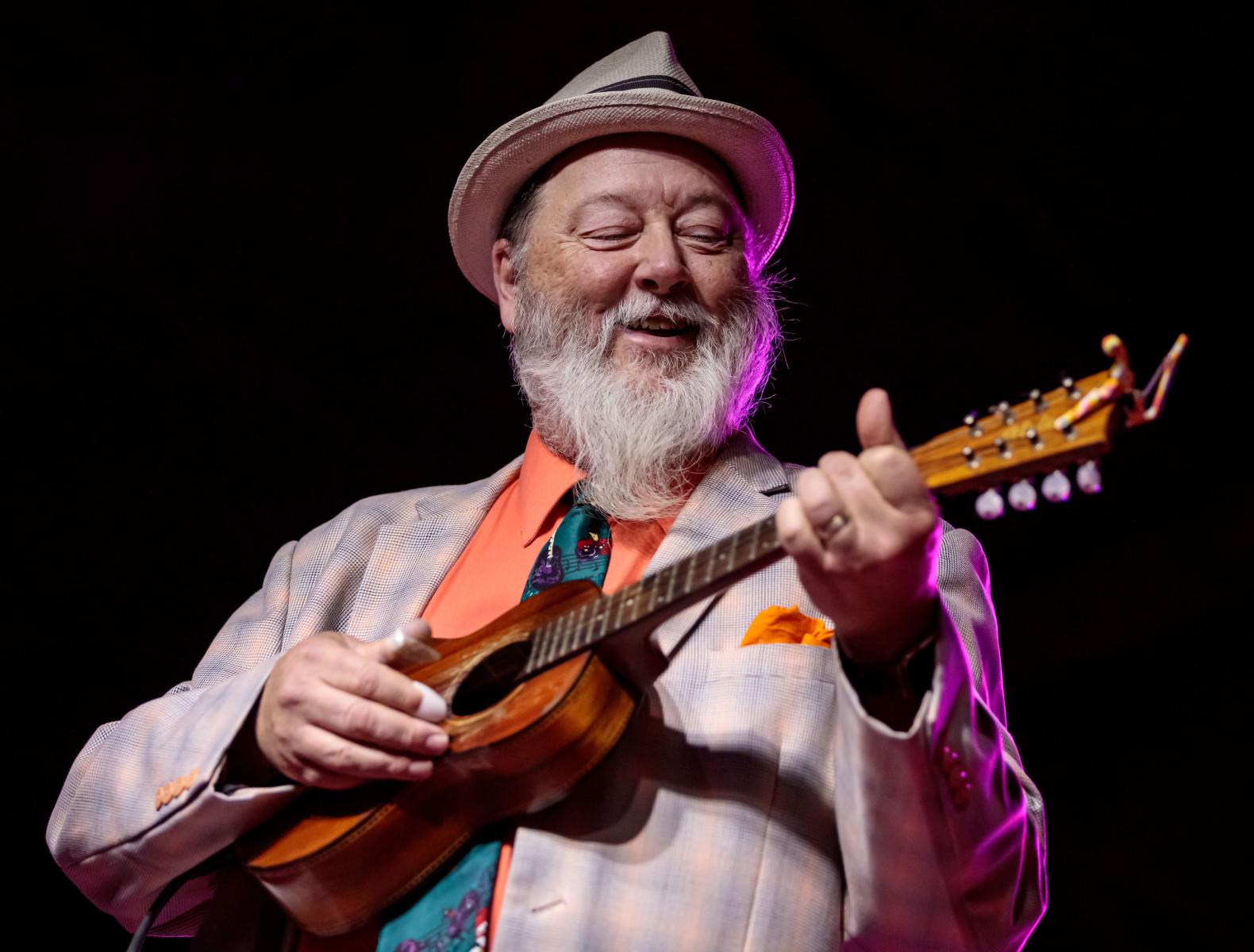 Shinyribs defies genres as a sonic melting pot of Texas blues, New Orleans R&B funk, horn-driven Memphis soul, country twang, border music, big band swing, and roots-rock. The Austin-based nine-piece supergroup is led by Kevin Russell, the charismatic frontman with colorful suits and extravagant shoes who continuously swaps out an electric guitar for a ukulele and never falls short of creating a cinematic experience with on-stage antics that often include him donning a light-up cloak or leading a conga line through the crowd.

The music that Sharon Bourbonnais (Bour-Bo-nay) creates is her own, resonating all the nuances of her world. The Dallas-born and bred, Austin Texas artist has absorbed a myriad of influences that manifest themselves as a compound of blues, country, rock and jazz. Her latest album “Party Party Dance Dance” is like a report card of efforts to find her best life while enduring its ups and downs.

Sharon started playing piano at an early age and eventually wound-up studying music composition at University of Texas in Austin.. She performed in bands and combos in Austin and South Padre Island where she lived for several years. Fortune led her to relocate to the Hawaiian island of Oahu where she spent a decade writing and exploring her music, which was jazz-laced. When Sharon came back to Austin, she formed a combo called Tres Bourbonnais and released her solo debut CD under the same name titled Rêves.

Tres Bourbonnais began playing venues throughout Austin, and eventually secured residencies in such legendary spots as The Driskill Hotel Bar and The Elephant Room. She rebranded to her own name Sharon Bourbonnais and toured throughout Texas, the Midwest and Europe. She followed up with her next CD called “A Girl’s Gotta Play”. That CD was soon followed by a quietly released CD called “Generations.”

For her newest project, Sharon decided, as she says in one of her more popular songs, to ‘up her game’.  She secured Austin music legend Chris Gage to helm her new recording “Party Party Dance Dance”. Gage lends his guitar, Hammond organ and accordion prowess and his marvelous other half, Christine Albert provides sparkling harmonies. The influences of New Orleans and the South Texas border figure prominently in Sharon’s music. The album features guest appearances by Rick Del Castillo, the Tijuana Trainwreck Horns (Mark Wilson & Tiger Daniel Anaya), Paul Klemperer, Beth Galiger, Jay Stiles and Leeann Atherton The record has bawdy, steamy and upbeat songs as well as more relatable introspective tunes. Each speaks to where her heart is and where she wishes it was.

The music of Sharon’s world is now spreading to your world. Why not Party Party Dance Dance?