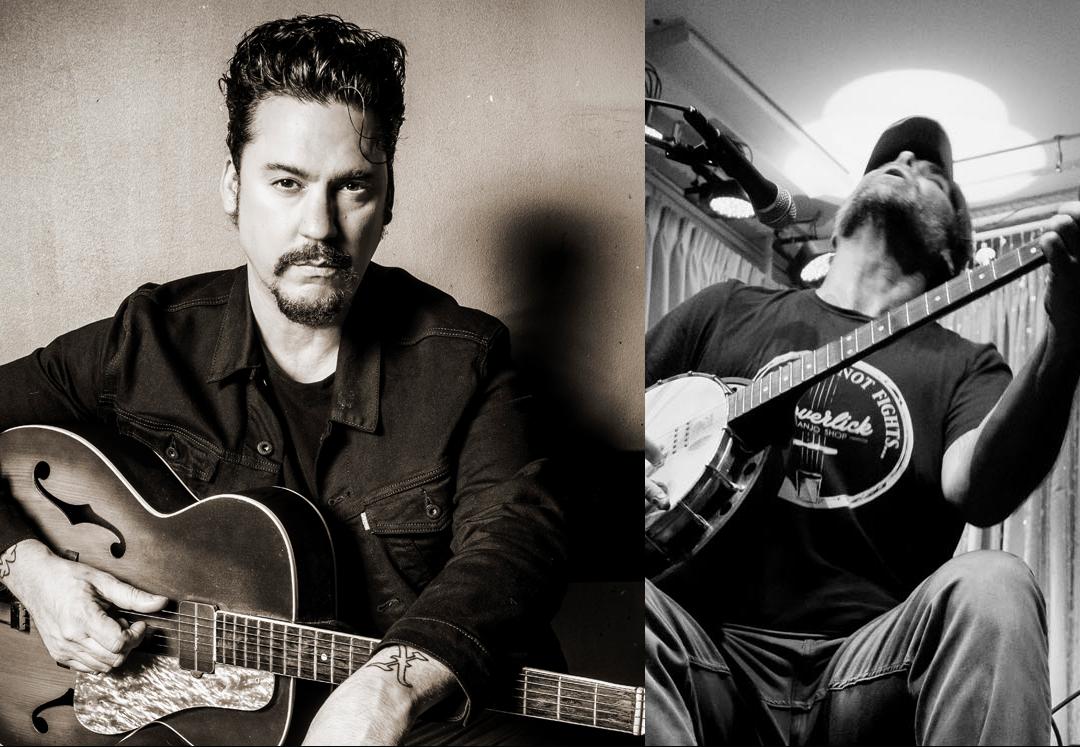 “If you open your arms to the world, it’s amazing what will come back atcha,” drawls East Texas native, singer/songwriter/filmmaker/author Jesse Dayton, who has a bunch more homespun wisdoms where that came from. A veteran of more than 30 years as a musician, Dayton was discovered as a young teenager playing “a toilet dive” in his hometown of Beaumont by legendary club owner Clifford Antone, who booked him into his famed Austin venue, then immediately shifted him over to the honky-tonk Broken Spoke, where the likes of Willie Nelson, George Strait and Ernest Tubb have had residencies.

“When I first got to Austin, everybody else sounded like Stevie Ray Vaughan, but I sounded more like Jerry Reed. I didn’t think I was cool, either, because this was before every punk sported that image of Johnny Cash flipping the rod.”

Brought up on his older sister’s Laurel Canyon folk records, the FM album rock and punk he listened to as a teenager plusthe array of country acts who used to tour through Beaumont – including Johnny Cash, Johnny Paycheck, David Allen Coe, Conway Twitty, Hank Jr., and George Jones – Dayton has managed to create a genuine hybrid that takes alt-country and Americana in new, exciting directions.

“The world doesn’t need another outlaw country singer covering Waylon Jennings,” he says of his stylistic mix. “Everyone where I was growing up had no idea Neil Young wrote Waylon’s ‘Are You Ready for the Country?’ or that George Jones’ ‘Bartender’s Blues’ was written by James Taylor, a stoned junkie at the time.”

Although he tours nearly 250 days a year, Dayton keeps the home fires burning in the same Austin house he bought thanks to earning 75% of the publishing royalties from writing songs for the soundtracks of three Rob Zombie horror flicks, including The Devils Rejects and Halloween 2 (performing a cameo as Captain Clegg, a roll he revived nightly as the support act on Zombie’s U.S. tour that year).

Dayton has more than 50 songs licensed to film and television, writing and directing what he calls a B-movie Roger Corman monster flick, Zombex, in New Orleans, featuring an eclectic cast including Malcolm McDowell, cult actor Sid Haig, Walking Dead’s Lew Temple, Corey Feldman, Slayer’s Tom Araya and X’s John Doe, who promptly asked him to sit in for Billy Zoom, recovering from cancer treatment, on a 40-city tour. His next project is completing his memoirs and short stories for a book to be published later in 2021, and he just finished playing guitar on Guns N’ Roses bassist Duff McKagan’s new solo album.

Konrad Wert is a man of many voices. As a Special Education teacher, he is articulate and intentional. As an advocate for justice in education he is passionate. But as an artist and musician, better known by his stage name, Possessed By Paul James, his voice is expressive, holding rest and action in tandem. After gaining recognition from NPR, The New York Times, CMT, and MTV for his celebrated live performances and 2013 Billboard-charting breakout release, There Will Be Nights When I’m Lonely, the Golden Apple-winning educator took some time to reflect and reorient and underwent two vocal surgeries. “The nature of being a school teacher, a public speaker, and a musician, you know, any ear nose & throat specialist will tell you that’s like a hat trick for getting a vocal surgery. So there was some time where I needed to really learn how to sing fluidly and in a healthy way while preserving the opportunity to continue as a teacher and articulate, speak, without duress.” After a few years away from music, Wert is returning with a new album, As We Go Wandering, (due January 31, 2020), bringing a rejuvenated voice to Possessed By Paul James. Where There Will Be Nights was crying out on behalf of the dilemmas faced by families, students, and teachers nationwide, As We Go Wandering brings a sense of peace. But as the title suggests, in Possessed By Paul James’ estimation, perhaps counterintuitively, peace, rest, and movement dance hand in hand.

This tension of justice and peace, rest and movement, unity and self-expression are at the heart of Possessed By Paul James’ music and performances. Raised Mennonite among pacifists and service workers in a small community in southwest Florida, Wert’s upbringing brought strict guidelines of what could come into the house. “The aesthetic was very church oriented,” he says. “We had this typified image of Jesus in the living room, Mary in the hallway, and a painting of the Last Supper in the bedroom. Musically, we didn’t get anything heavier than The Monkees.” Upon leaving home however, , Wert discovered punk rock. Coming from a rural town, Wert had been exposed to a lot of roots music, and where others would have merely seen a jarring conflict with their upbringing, Wert saw an interface. “I actually found that in many ways, punk was like urban blues, you know, just with more energy and amplification. I dove in and started getting to know the Stooges, Patti Smith. I realized ‘Wow, punk is beautiful. Punk is to the street, punk is to the listener.’” To paraphrase David Byrne, the punk movement was defined by attitude rather than style, something that sought to remove the boundaries between spectator and artist and making everyone a participant in what Patti Smith called, “just another word for freedom.” For Wert, Possessed By Paul James became a way to create an environment for expression and reflection in a way that can foster wholeness from a sense of community. “We could look at the complexities of expression, the conflict of ego and humility, and servitude within the Mennonite-Amish community and in our rumspringa - that was incredibly impactful for me. Because, how do you express yourself, and in a way that’s not completely arrogant? How do you do that in a way that reflects what really matters? That’s a huge element of what Possessed By Paul James is.”

“As We Go Wandering is about the question of where we go from here. How do we move forward,” says Konrad Wert. This tension is expressed at the very center of the tracklist, with “Be At Rest.” “All across the nation teachers see the same needs, fill the same roles, and ask the same hard and troubling questions: Students who are hurting, families fighting for the rights of their children, passionate teachers who constantly bear burdens that can become crushing,” says Wert. “Most troubling and devastating are the increasing numbers of human beings that are falling to violence within our schools. ‘Be At Rest’ provides an open image and feeling to all those hurting: ‘Raise up your voices, lay down down your sword and shield, be at rest. Come together on the foundations of peace and justice so we may heal, so we may help, so we may learn in order to do better for our children.’” So what about the name, Possessed By Paul James? “It’s partly just because of the way we play, maybe it’s due to anxiousness or anxiety, I don’t know, but just close the eyeballs and get it out,” says Wert. “But also, Paul was my grandfather, James is my dad’s middle name - so it’s a reference to something bigger than me, that there is something greater than ourselves, something that we’re in together. It’s important for us to acknowledge and be honest about that - the good, the bad, and the ugly. We are more than just ourselves.”