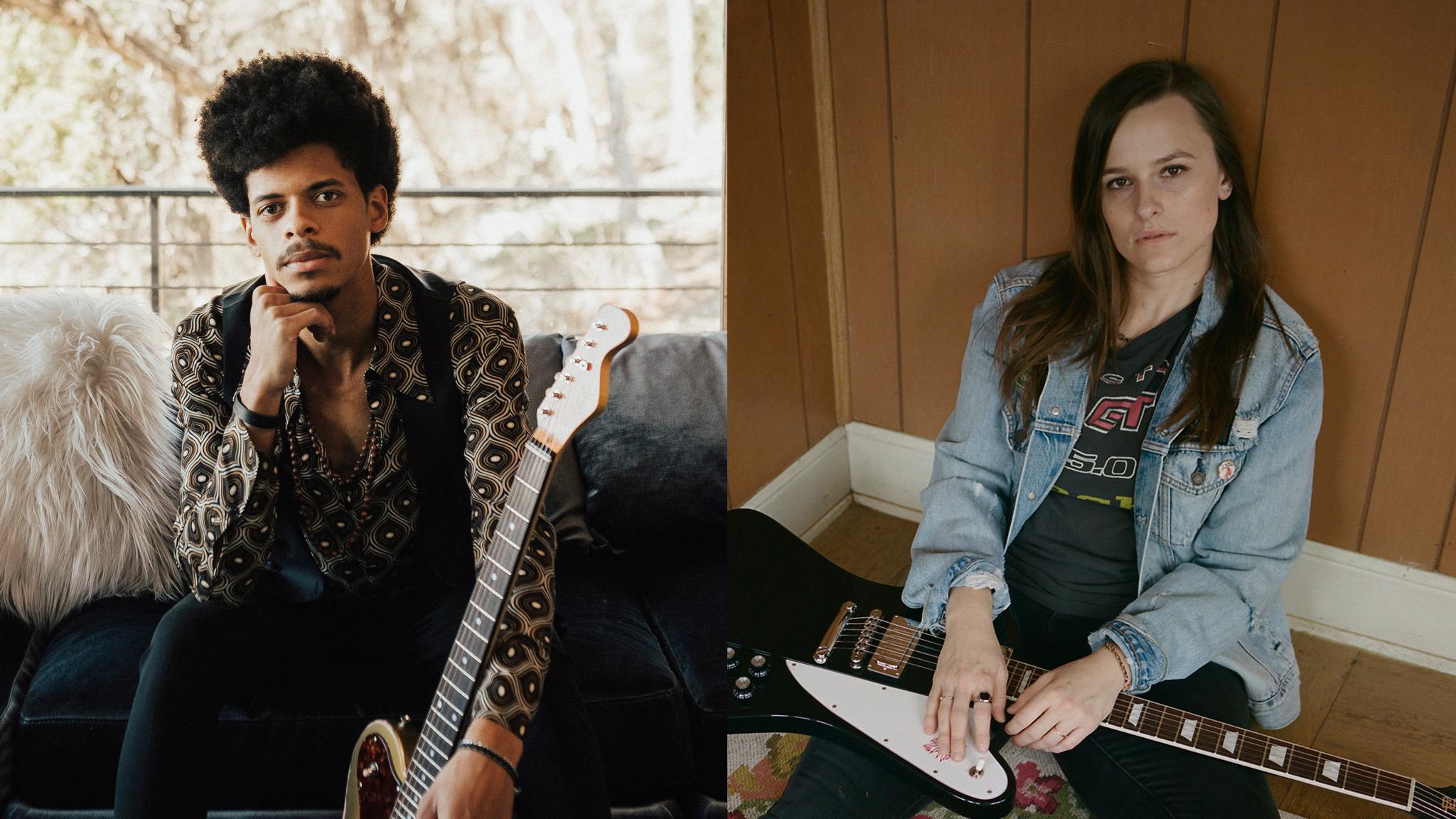 The second full-length from Emily Wolfe, Outlier is an album built on exquisite tension: an endless push-and-pull between desire and resistance, determination and self-sabotage, the instinctive need to belong and the urge to strike out on your own. For help in channeling that complexity of feeling, the Austin-based singer/songwriter/guitarist explored and obliterated the boundaries of rock-and-roll and modern pop, mining equal inspiration from the likes of Judas Priest and Ariana Grande in her bold but masterful genre-bending. Produced by Michael Shuman of Queens of the Stone Age and Mini Mansions, the resulting body of work finds Wolfe upending the conventions of each genre, ultimately arriving at a guitar-drenched sound that’s wildly unpredictable and immediately magnetic.

The follow-up to her self-titled debut album (a 2019 release produced by Ben Tanner of Alabama Shakes), which featured the single “Holy Roller,” Outlier came to life in Shuman’s garage in Los Angeles, where Wolfe was joined by her longtime bandmates Evan Nicholson (bass) and Clellan Hyatt (drums). After completing basic tracking for the songs, Wolfe and Shuman layered on new and unexpected textures with the help of programmed drums and beautifully warped synth tones.

““Outlier” is a different direction for me musically,” says Wolfe.” I wanted to try something new and different. I wanted to step outside of the blues-rock box and see what else could happen. This record is my attempt at crossing genres between classic '70s rock, '80s pop, '90s grunge, and modern pop elements of today. I wanted to see how far I could push my boundaries musically, while still holding onto my integrity as a guitar player first and foremost. This album is a huge indicator of where I'm headed as an artist — my goal is to create well-crafted rock songs with polished pop production, but stay true to myself as a lover of guitar solos.”

If 2021 weren’t busy enough – landing a label deal; Outlier’s release; the launch of her signature guitar by Gibson/Epiphone; multiple TV sync placements; returning to performing and touring; and writing for her next album – the year may pale in comparison to what’s next in 2022.

American recording artist, Zach Person, is the new face of indie rock. Emerging out of Austin, Texas, Person plays loud, raw, and connects with his music fans on a primal sonic level. Only 25 years old, Person has a swagger, talent and grit beyond his years. With the poise of a seasoned veteran on stage and the stylings of a mega star, he commands an audience in seconds.

“Reminiscent of everyone from Elmore James and Duane Allman to The Black Keys and Jack White, Person channels a raw, pure-bred American swagger,” said American Songwriter. “Between the driving beat, Person’s fuzzed-out vocals and the layers of bombastic guitar parts, the tune shows off all the reasons that Buddy Guy once said of Person ‘What else can I say? The young man is hot!’”

His inspirations are varied, and include prolific artists like The Black Keys, Jack White, Chris Stapleton, Jonny Lang, Funkadelic, and Led Zeppelin. With his new project, Zach has created his own take on a contemporary hybrid of blues and rock music, arranged in a pop format.

Zach is currently on tour in North America, and is scheduled to tour Europe and the U.K. this fall (2022). Stay tuned as Zach will be releasing new singles throughout the course of the year.