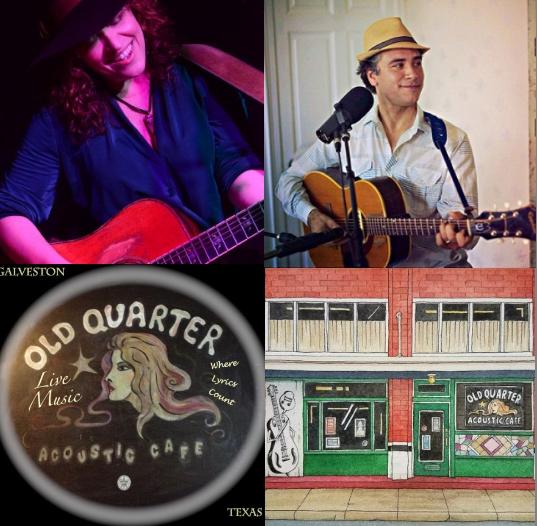 THE OLD QUARTER IS A LISTENING ROOM PLEASE CONSIDER THIS BEFORE PURCHASING TICKETS TO A SHOW. LOUD CONVERSTION DURING THE SHOW WILL NOT BE TOLERATED.

A performer since childhood, Lynn Drury’s first accolade was at the age of five. She won a 4-H pole-bending competition in her native Mississippi. Though her rodeo career didn’t follow her into adulthood, she was primed and ready for the spotlight by the time she first picked up a guitar nearly twenty years later.

Born in Yazoo City, MS and raised in Carriere, MS, Drury relocated to New Orleans, LA in the mid-nineties and performed her unique style of roots rock on most of the stages in the city. Over the past two decades, that meticulously cultivated style – NOLAmericana® – has brought Drury’s original music to stages all over the world. At once personal with a voice distinct, this is definitive New Orleans Americana created in a city that moves to it's own groove.

Her latest release, “Rise of the Fall” showcases Drury’s “exponential growth as a songwriter” and was hailed as “another breakthrough” by Offbeat’s John Swenson. She is currently in the studio working on a new project and will release new material in early 2020.

Born in Madison, Wisconsin, Ted Hefko moved to New Orleans on a Greyhound Bus when he was 18 and fresh out of high school. He chose to travel by bus to buy himself a little time to make the adjustment and also so he could pack more. His luggage totaled two guitars, a saxophone, cooking utensils, books, cassettes, and a pin-striped suit. He dreamed of a city on the water, full of music, and the sweet safety and serenity of the thick New Orleans air about him. He rode next to a Memphis call-girl, nearly twice his age, who entertained him with stories of the ins and outs of the business as they rode. Ted began writing song lyrics when he was in second grade and picked up the guitar a couple years later along with any instrument he could get his hands on. Wanting to dig a little deeper into modern jazz at The University of New Orleans, he chose saxophone over guitar as his primary instrument. That choice led to ten years of working as a freelance horn player in New Orleans and New York, before song writing and the guitar called him back.