Brother and The Hayes 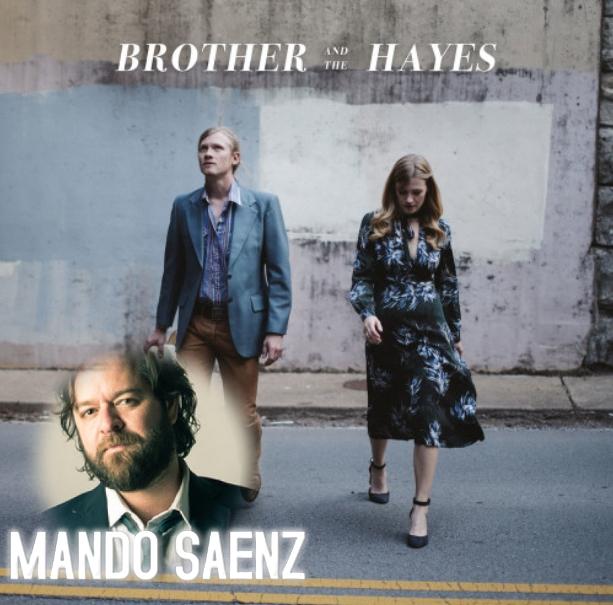 BROTHER AND THE HAYES

Brother (a.k.a. David Bingaman) and The Hayes (a.k.a. Jennie Hayes Kurtz) are siblings hailing from Dallas, Texas. Growing up, Jennie Hayes sang in the choir while David taught himself to play the guitar via Stevie Ray Vaughan, Eric Clapton, and ZZ Top licks. They both became interested in composing their own music in college and began to collaborate, performing together around Fayetteville, AR. They found that their love of  blues and country music and bluegrass was the perfect vehicle for their playful, honest, and story-based songwriting.

David and Jennie Hayes decided to move to Nashville after college and officially formed Brother and The Hayes in 2017, releasing 'The Dead End EP'. Brother and The Hayes write what they know utilizing blood harmony and real life stories of travel, joy, and heartache. Their primary influences include Doc Watson, Willie Nelson, Noah Jones, Gillian Welch, and Levon Helm.

In 2019 Brother and The Hayes produced and released their debut album, 'Tennessee Nights'.

Brother and The Hayes toured all over the country in 2019 playing venues like Rockwood Music Hall in New York City, Third and Lindsley and The Bluebird Cafe in Nashville, Sundown at the Granada and Poor David's Pub in Dallas, and many more venues in cities like Denver, Kansas City, Houston, Austin, Chicago, Washington D.C. etc.

When they are not touring Jennie Hayes frequently teaches songwriting programs and mentors young songwriters at the Country Music Hall of Fame and Museum in Nashville. David, who is now based in Chattanooga, Tennessee, can often be found climbing up rock faces or hiking for days on end throughout America's national and state park systems.

If you read the liner notes on Nashville’s biggest albums, you’ll come across a name that is impossible to mistake: Mando Saenz. He’s become one of the most notable songwriters in country music and is establishing a sound uniquely his own. Hailing from Texas, Saenz is able to balance outlaw influences with melodic harmonies that are destined to be stuck in your head. There’s no question as to why he has over 50 cuts from some of today’s biggest artists (like Lee Ann Womack and Miranda Lambert). If there’s one thing that is definite about Mando Saenz, it’s his ability to be completely versatile, yet uniquely Mando.