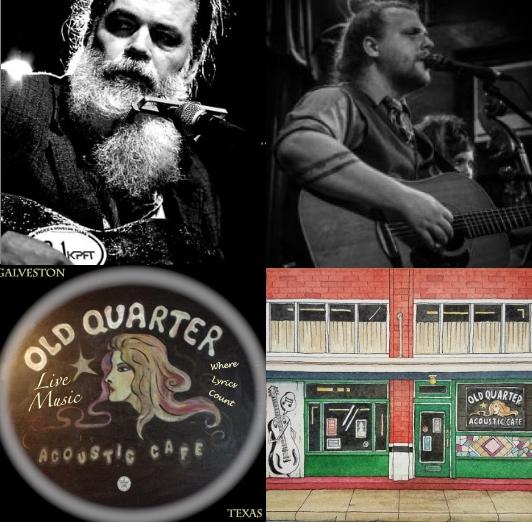 THE OLD QUARTER IS A LISTENING ROOM PLEASE CONSIDER THIS BEFORE PURCHASING TICKETS. LOUD COVERSATION DURING SHOW WILL NOT BE TOLERATED

Born in the Detroit area of Michigan, Ben Balmer grew up singing along to his Dad’s old Motown and Chicago blues records as early as age 4. He started playing harmonica by 13, and was performing on guitar by 17. During high school, Ben became the lead singer and harmonica player in Ann Arbor indie-rock band Comatose Collin. Despite being the band’s youngest member, Ben’s “soulfully sweet” voice (as described by Detroit Metro Times) touched audiences with his surprisingly reflective and exposing lyrics.

In an article published by Texas Music Magazine last year, music journalist Trey Gutierrez wrote: Charles Bryant may the most prolific Texas songwriter you’ve never heard of. His 3rd, and latest CD, titled ‘Kiss The Sun’ was named one it’s best Texas album releases of 2017. In his review of the album, music journalist William Michael Smith concluded: “A vast, sweeping work of beauty, grace, compassion and heart, ‘Kiss The Sun’ gives hope to those who miss the bruising word constructions of Townes Van Zandt and other Houston singer-songwriters who set the bar so high to begin with. ‘Kiss The Sun’ is no less than a minor masterpiece from a true underdog an native son”. From Houston to Austin, look under 'Shows' to see where you can see Charles live.