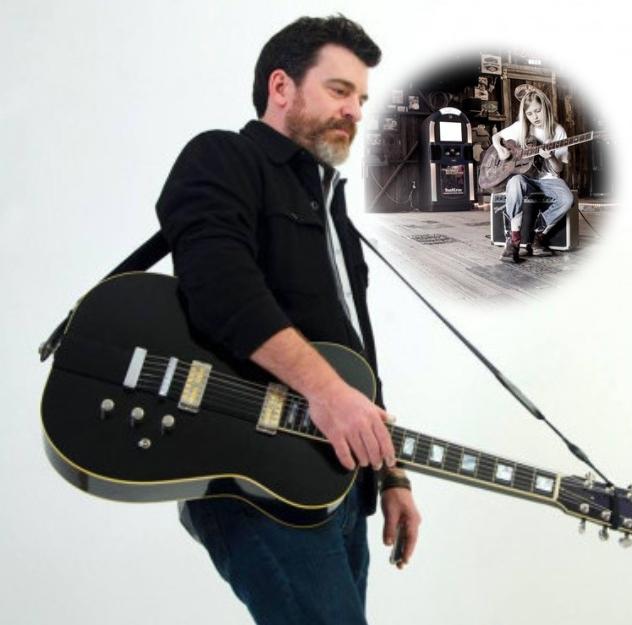 Plankenhorn came to Austin by way of Nashville. The way he tells it, he met outlaw-country great Ray Wilie Hubbard on a Nashville sidewalk, sat in with him that very night on dobro, and, before he knew it, had a long-term gig crashing on Hubbard’s couch in Texas hill country. From
there, he launched a new chapter as a solo artist, and Hubbard is a mentor to this day. The last few years have been a time of outstanding creativity and commercial breakthrough for Plankenhorn - success for which he credits his sobriety. “I’d toured the country and played the
world, but it wasn’t until I got clean and went to rehab that things really started to come together.” Since getting clean seven years ago, Plankenhorn has channeled his addictive energy into songwriting. He lives half the year now living with his wife on Vancouver Island, Canada, where he spends idyllic days writing and playing with their dogs. The other half he spends in Austin, where he remains in demand as a session player, cowriter, and producer. The success of his last two albums have brought international interest in his music, and full
tours of Europe and Canada are in the works.

Jack Barksdale is a 12-year-old singer/songwriter from Texas. Inspired by folk, rock, and blues legends, Jack started performing original music at the age of nine and has already shared the stage with Ray Wylie Hubbard, Bruce Robison, Will Kimbrough, and Hayes Carll.